resident Donald Trump said that a potential coronavirus vaccine could be widely distributed by the end of 2020, contradicting congressional testimony earlier Wednesday.

WASHINGTON - More than 30 million cases of the novel coronavirus have been confirmed around the world, according to Johns Hopkins University.

The worldwide count of known COVID-19 infections climbed past 30 million on Sept. 17. More than half of these known cases are located in the U.S., India and Brazil, according to the tally kept by Johns Hopkins researchers. 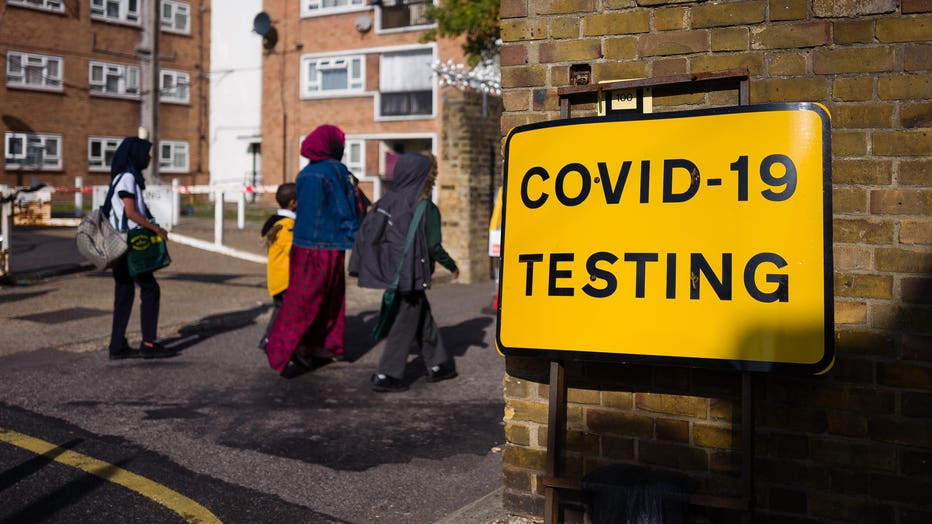 Signs direct members of the public to a COVID-19 testing center on Sept. 18, 2020 in east London, United Kingdom. (Photo by Leon Neal/Getty Images)

The total number of confirmed infections increased by 10 million in just over a month, with global cases passing 20 million on Aug.12.

Individual numbers could vary as the university's tally sometimes lags behind country reports.

In France, at least a dozen COVID-19 clusters have emerged since campuses and classrooms opened this month. The clusters of cases are a warning sign for countries elsewhere in Europe, where most universities are readying to resume teaching and research in coming weeks.

Many Italian universities are reopening with distance learning this fall. Priority for physical classrooms was being given to first-year students, to aid their transition

In the U.S., dozens of universities have emerged as COVID-19 hot spots. Although students are being spaced apart in classrooms and dining halls, the coronavirus has continued to spread in dorm halls and through off-campus parties that have been blamed for thousands of cases.

The surge has prompted some universities to send students home and cancel in-person classes for the rest of the term. U.S. officials are urging against that approach, saying it could spark outbreaks elsewhere. Instead, universities are being urged to keep students where they are and temporarily move classes online.

Dr. Robert Redfield, the director of the CDC, also told a Senate panel this week that a COVID-19 vaccine may not be broadly available to the general public until the summer of 2021.

In contradiction to claims made by President Donald Trump that a potential vaccine could be widely distributed by the end of the year, Redfield said any vaccine available in November or December would be in “very limited supply.” He added that it would be reserved for first responders and people most vulnerable to COVID-19.