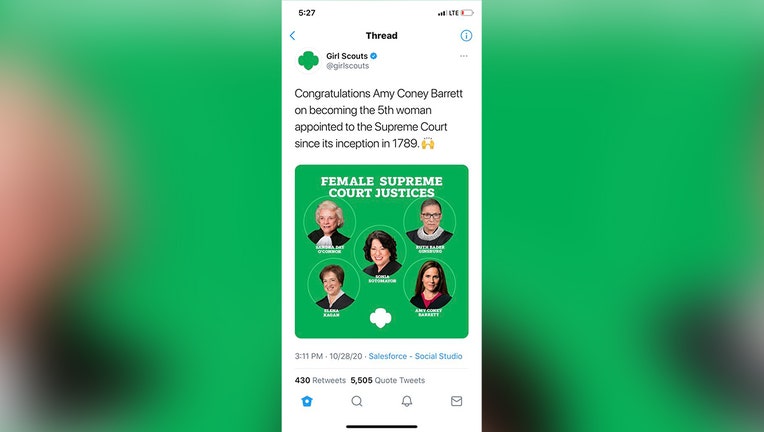 Screenshot of deleted tweet by the Girl Scouts of America.

The post read, “Congratulations Amy Coney Barrett on becoming the 5th woman appointed to the Supreme Court since its inception in 1789.”

It featured a photo of other female justices, including the late Ruth Bader Ginsburg, whose seat Barrett filled, and Sonia Sotomayor.

After deleting the post, Girl Scouts tweeted, “Earlier today, we shared a post highlighting the five women who have been appointed to the Supreme Court. It was quickly viewed as a political and partisan statement which was not our intent and we have removed the post.”

“Girl Scouts of the USA is a nonpolitical, nonpartisan organization. We are neither red nor blue, but Girl Scout GREEN. We are here to lift up girls and women,” the organization added.