Well, OK, there's probably not a crime wave targeting Girl Scout cookies, per se. But when it comes to a few recent cookie-related mishaps, terrible is a pretty good word to describe each of them.

Girl Scouts have been selling cookies for almost a century as a fundraiser, which -- with the widespread popularity of the cookies in the 21st century -- means that the girls get to fund the organization and their local troops while the rest of us sit around the office and get fat. Girl Scout cookie sales are thought to reach hundreds of millions of dollars, by some estimates. 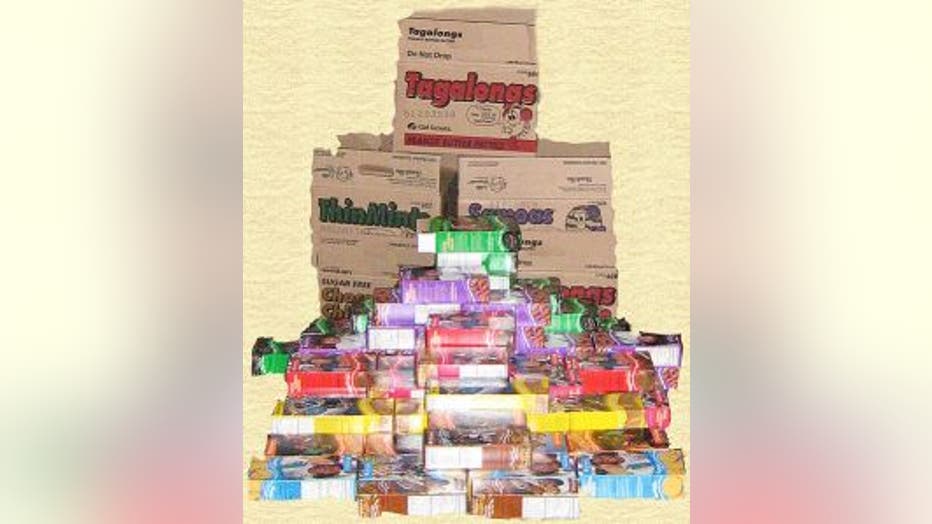 That's a lot of money moving through a lot of hands, and wherever there's money, you can occasionally find somebody trying to sneak a hand into the cookie jar.

The cookie capers seem to target the sweets as often as the cash. Last week, in Mercer Island, Wash., somebody broke into a resident's SUV and stole three boxes of Girl Scout cookies, according to the Mercer Island Patch. They didn't take anything else. Just the cookies.

Climbing up the larceny ladder, back on Feb. 26, the Spartanburg County, S.C., sheriff's office received a report that someone had stolen $18,900 worth of cookies from a local warehouse -- about 5,000 boxes of Thin Mints and Shortbreads.