The zoo said its giraffe Olivia gave birth just before 5:00 a.m. Six-year-old Dave is the father.

It's still too early for zookeepers to inspect the baby, but they say everything appears to be going well. The baby and mother are nursing and bonding behind the scenes at the zoo.

“The baby was on his feet within an hour after he was born, which is what we want to see,” said Katie Ahl, a lead keeper at Woodland Park Zoo. “The first 24 to 72 hours are critical for newborn giraffes. A healthy infant should begin nursing shortly after birth and be able to run around with its mom several hours later. Olivia is an experienced mother and she’s showing good maternal behavior toward her second baby.”

Giraffes have a gestation period of up to 15 months. The animals give birth standing up and the baby drops 5 feet to the ground.

The baby giraffes are about 6 feet tall at birth and females grow to 16 to 18 feet tall.

"We’re so excited to share another baby giraffe with our guests and community,” said Martin Ramirez, mammal curator at Woodland Park Zoo. “Baby giraffes have a magical way of touching the hearts and minds of people, no matter how old you are. We hope everyone connects again with this new baby and comes to care about saving giraffes in their natural ranges in Africa. We want everyone to care about giraffes as much as we do.” 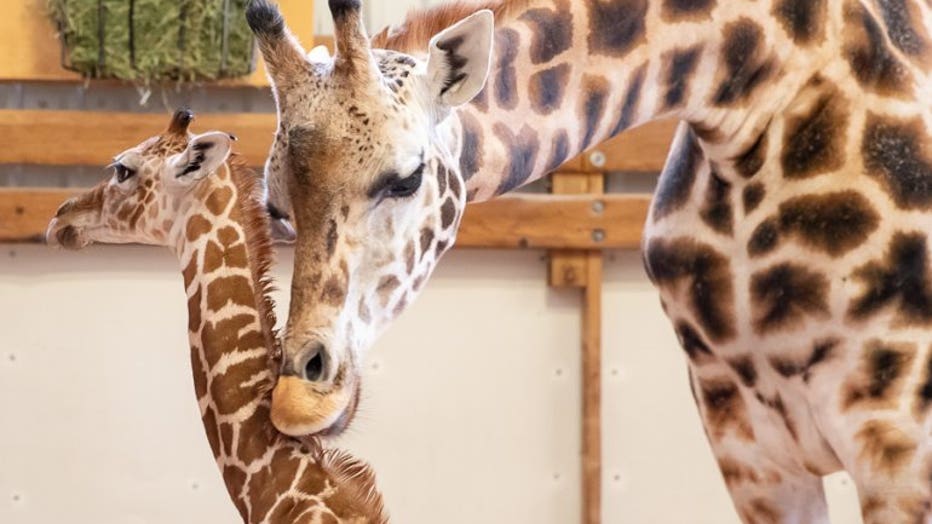