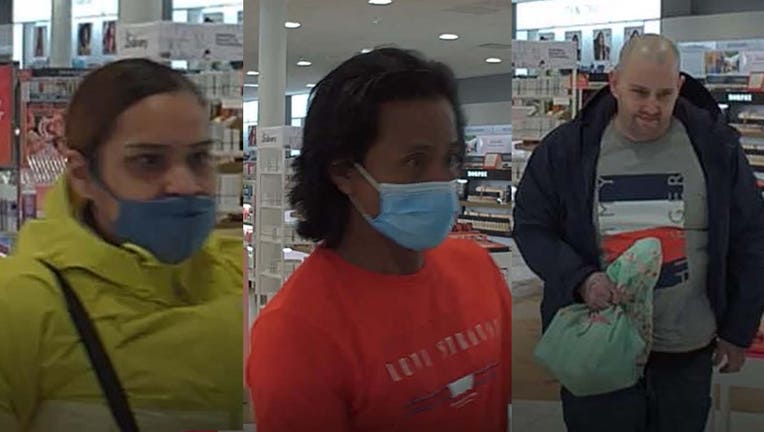 Authorities say three people stole more than $6,000 from a store on April 4, but did not specify which store. All three were suspects were captured on surveillance video.