ENFIELD, Conn. – A German shepherd found locked in a crate and left in a Connecticut ravine last month has been euthanized, police said Monday.

A veterinarian deemed the dog, found near a marshy area in Enfield, to be "overly aggressive and beyond the tolerance level that was considered acceptable for a potential adoption."

Enfield authorities also cited state law CGS 22-232 (3) that says "when a licensed veterinarian determines that a dog is injured or diseased and that they are unlikely to recover, the dog is to be humanely euthanized." 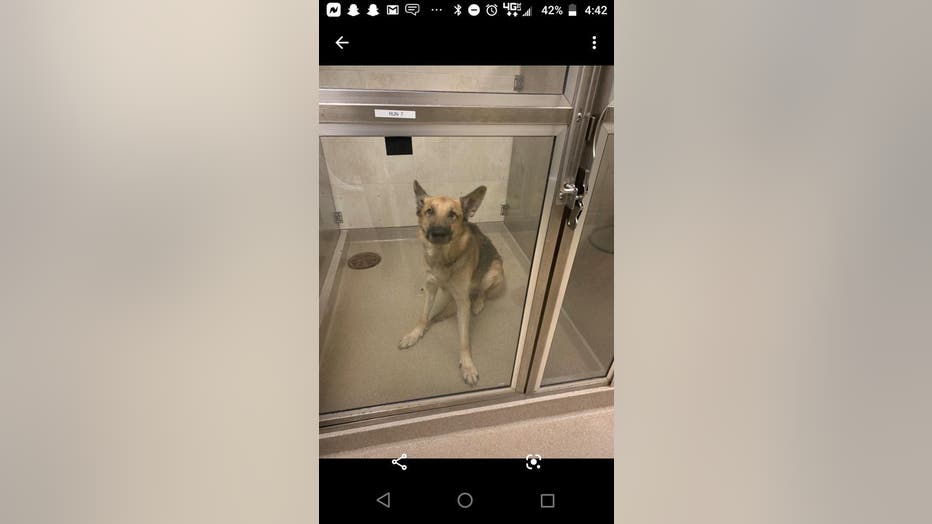 Police said in a news release that the story gained international attention and prompted offers of monetary donations, words of advice and an outpouring of support.

"Most of us are animal lovers and though they’ll never admit it, sick and injured animal calls are among the most difficult calls that we go on," Enfield police wrote. "This was a professional decision made on the responsibility not only to our community but to the animal, who based on his behavior had led a difficult life at the hands of someone who clearly does not share our love of animals."

Police have kept the case open and continue to ask for information that might lead to the person responsible for leaving the dog.