Biden spoke at an Equal Pay Day summit at the White House on March 24.

On International Women’s Day, a global celebration of women’s achievements and a continued call to action for gender equality, companies often share stories of female employees or other testimonials in a show of support for the movement.

But this year, a Twitter bot created by a couple in the U.K. sought to call out certain brands and organizations who supposedly still have stark pay disparities, despite their outward-facing messages.

The Twitter account, @PayGapApp, was created by Francesca Lawson and her partner, Ali Fensome, "to put the gender pay gap data back into the spotlight," according to a post written by Lawson for the British newspaper Metro.

"Our aim was to highlight how photos of smiling female employees and inspirational quotes conceal what’s really going on behind the scenes," Lawson wrote. 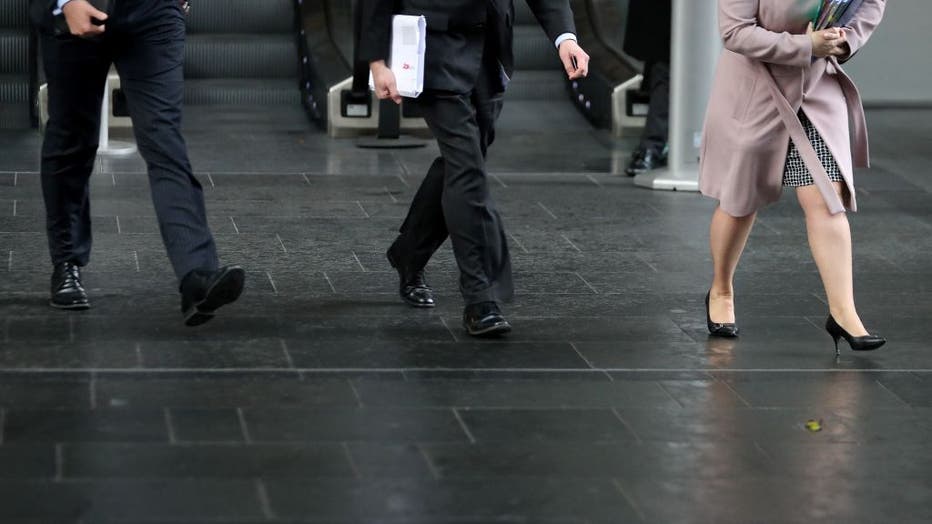 In the U.K., a law enacted in 2017 requires companies with 250 or more employees to submit annual gender pay gap reports based on payroll data.

Lawson and Fensome, who is a software consultant, set up the bot to match company names from the U.K. government data to their Twitter accounts. The Twitter bot then identifies tweets featuring International Women’s Day keywords, and when it finds a relevant post from one of the companies, it publishes the gender pay gap figures.

So in practice, when a company tweets about International Women’s Day, the bot automatically responds with their median hourly pay gap data in a quote tweet.

"In this organisation, women's median hourly pay is 73.2% lower than men's," one tweet from @PayGapApp reads, in response to an International Women’s Day post from a chain of U.K. pubs alongside a photo of two women holding pints and doing a toast.

Lawson wrote that the bot "was also inspired by the frustration at seeing companies treat International Women’s Day as a marketing opportunity."

"These types of messages miss the point of International Women’s Day for me. Yes, it’s a chance to recognise our achievements so far, but it’s also an opportunity to reflect on what still needs to be done," Lawson wrote.

The U.S. does not have a federal law requiring gender pay gap transparency, though the Biden administration has been looking for new ways to combat pay disparities and drawing attention to high-profile efforts to combat the wage gap — including the U.S. women’s national soccer team's $24 million February settlement with U.S. Soccer in a discrimination dispute.

President Joe Biden, Vice President Kamala Harris and other administration officials planned to mark Equal Pay Day, which falls on Tuesday, with an event attended by members of the women's soccer team.

Biden on Tuesday also planned to sign an executive order that encourages the government to consider banning federal contractors from seeking information about job applicants’ prior salary history. And a new Labor Department directive is aimed at strengthening federal contractors’ obligations to audit payrolls to help guard against pay disparities based on gender, race or ethnicity.

The Office of Personnel Management also is considering a regulation to address the use of prior salary history in hiring and setting compensation for federal workers.

On average, women working full-time, year-round are paid 83 cents for every dollar paid to their male counterparts, according to the National Women’s Law Center, an organization that advocates for gender justice.

And while data shows that the pay gap is at its smallest ever, the COVID-19 pandemic has altered women’s labor force participation so that "what we’re seeing is an artificial narrowing," said Jasmine Tucker, director of research at the National Women’s Law Center.

For instance, women who remained in the labor force during the pandemic and worked full time often had higher earnings than their counterparts who lost low-paying jobs, indicating that 2020 figures cannot be compared with wage gap data from prior years, Tucker said.

Last October, the Biden administration also issued a national gender strategy to advance women's and girls' "full participation" in the United States and around the world.