FLORIDA -- A man fleeing a traffic stop almost got away, police say. Until he met up with an alligator.

Bryan Zuniga escaped police early Thursday, but was arrested at a Florida hospital hours later following the painful encounter with the gator.

The incident started after deputies pulled over the 20-year-old in Pinellas Park for allegedly failing to maintain a single lane. 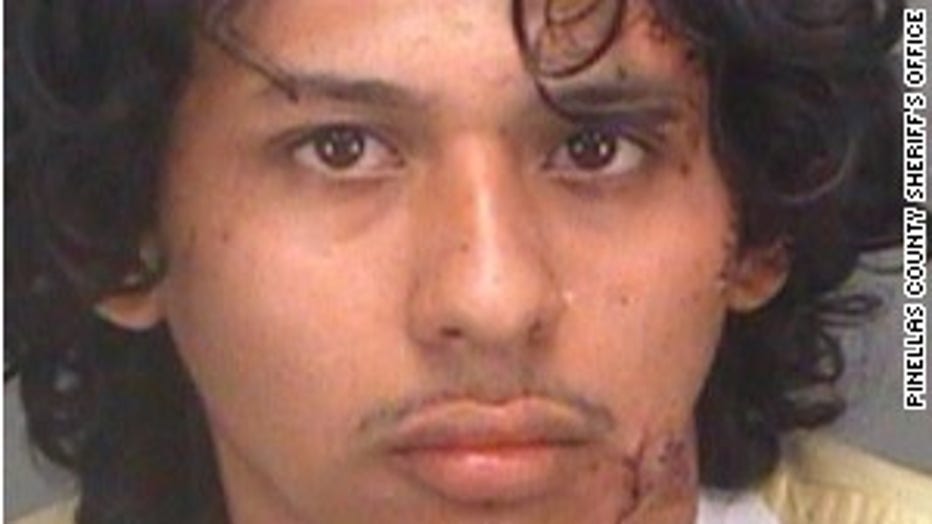 He stopped the vehicle, jumped out and broke through a nearby fence, successfully eluding police, the Pinellas County Sheriff's deputies said in a statement.

But his freedom did not last long.

Authorities arrested him a few hours later at a local hospital, where he was getting treatment after the alligator attack.

Zuniga told deputies an alligator bit him near a water treatment plant in St. Petersburg, which is a few miles from where he ditched his car.

Deputies took him into custody after he was treated for multiple puncture wounds to the face, arm and armpit area, the sheriff's office said in a statement.

Authorities booked him into the county jail on various charges, including driving without a license and fleeing police.

Zuniga did not respond to CNN affiliate Bay News 9's request for comment while authorities were walking him into the jail, and CNN has been unable to identify his lawyer.

Once endangered, the Florida alligator has made a comeback and can be found in county water bodies, according to Pinellas County's Animal Services website.