Here is a look at what benzene is, where it's found and how it can affect those who are exposed.

Gas stoves in California homes are leaking cancer-causing benzene, researchers found in a new study published on Thursday, though they say more research is needed to understand how many homes have leaks.

In the study, published in Environmental Science and Technology on Thursday, researchers also estimated that over 4 tons of benzene per year are being leaked into the atmosphere from outdoor pipes that deliver the gas to buildings around California — the equivalent to the benzene emissions from nearly 60,000 vehicles. And those emissions are unaccounted for by the state.

The researchers collected samples of gas from 159 homes in different regions of California and measured to see what types of gases were being emitted into homes when stoves were off. They found that all the samples they tested had hazardous air pollutants, like benzene, toluene, ethylbenzene and xylene (BTEX), all of which can have adverse health effects in humans with chronic exposure or acute exposure in larger amounts.

Of most concern to the researchers was benzene, a known carcinogen that can lead to leukemia and other cancers and blood disorders, according to the National Cancer Institute. 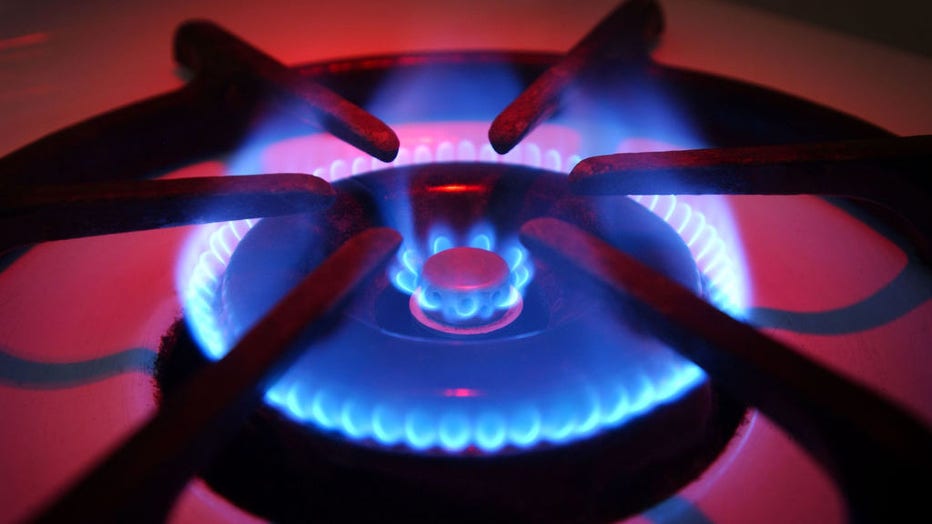 The finding could have major implications for indoor and outdoor air quality in California, which has the second-highest level of residential natural gas use in the United States.

"What our science shows is that people in California are exposed to potentially hazardous levels of benzene from the gas that is piped into their homes," said Drew Michanowicz, a study co-author and senior scientist at PSE Healthy Energy, an energy research and policy institute. "We hope that policymakers will consider this data when they are making policy to ensure current and future policies are health-protective in light of this new research."

Homes in almost every region in the study — Greater Los Angeles, the San Francisco Bay Area, Sacramento and Fresno — had benzene levels that far exceed the limit determined to be safe by the California Office of Environmental Health Hazards Assessment. But the region with the highest benzene levels by far was the North San Fernando and Santa Clarita valleys.

This finding in particular didn't surprise residents and healthcare workers in the region who spoke to The Associated Press about the study. That's because many of them experienced the largest-known natural gas leak in the nation in Aliso Canyon in 2015.

Back then, 100,000 tons of methane and other gases, including benzene, leaked from a failed well operated by Southern California Gas Co. It took nearly four months to get the leak under control and resulted in headaches, nausea and nose bleeds.

Dr. Jeffrey Nordella was a physician at an urgent care in the region during this time and remembers being puzzled by the variety of symptoms patients were experiencing. "I didn't have much to offer them," except to help them try to detox from the exposures, he said.

That was an acute exposure of a large amount of benzene, which is different from chronic exposure to smaller amounts, but "remember what the World Health Organization said: there's no safe level of benzene," he said.

Kyoko Hibino was one of the residents exposed to toxic air pollution as a result of the Aliso Canyon gas leak. After the leak, she started having a persistent cough and nosebleeds and eventually was diagnosed with breast cancer, which has also been linked to benzene exposure. Her cats also started having nosebleeds and one recently passed away from leukemia.

"I'd say let's take this study really seriously and understand how bad (benzene exposure) is," she said.