The national average jumped to $4.87 a gallon on Monday, according to AAA. That’s up 25 cents in the past week. There are now 10 states where the average price of gasoline is $5 a gallon or higher.

U.S. gas prices continued to soar on Tuesday, with the average gallon of regular gas hitting a new record of $4.919, according to AAA.

California had the highest average price at $6.371 per gallon and is among 11 states topping the $5 per gallon mark.

Memorial Day weekend travel continued to the rising fuel prices, AAA said. Meanwhile, the cost of a barrel of oil was nearing $120, which is nearly double from last August amid increased oil demand outpacing the tight global supply.

"People are still fueling up, despite these high prices," AAA spokesperson Andrew Gross said in a statement. "At some point, drivers may change their daily driving habits or lifestyle due to these high prices, but we are not there yet."

Where are the most expensive, cheapest US gas prices?

The U.S. Gulf Coast has more than half of the country’s refining capacity and produces more gasoline than it consumes, meaning it generally has the lowest retail fuel prices in the nation, according to the U.S. Energy Information Administration.

The West Coast gas prices are typically the highest in the country because of the region's tight supply and demand balance, isolation from additional supply sources, and gasoline specifications that are more costly to meet, the EIA added. 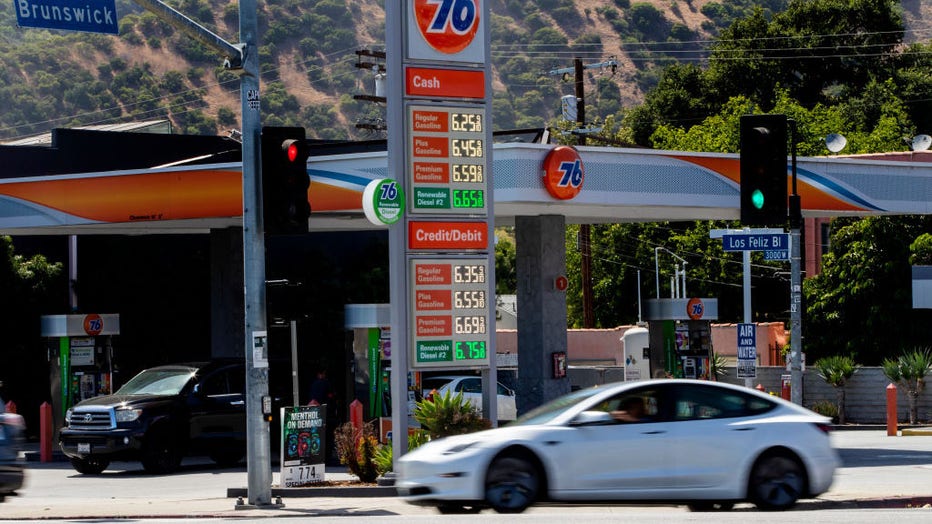