Firefighters were called around 11 a.m. Monday to the report of a gas leak near S 348th St and Pacific Highway South.

Officials said Puget Sound Energy was at the scene working to repair the leak while firefighters sample the air nearby to make sure it is safe to breathe. They said if evacuations are needed, authorities would alert nearby residents.

According to South King Fire, the highway was closed between 348th and 352nd. 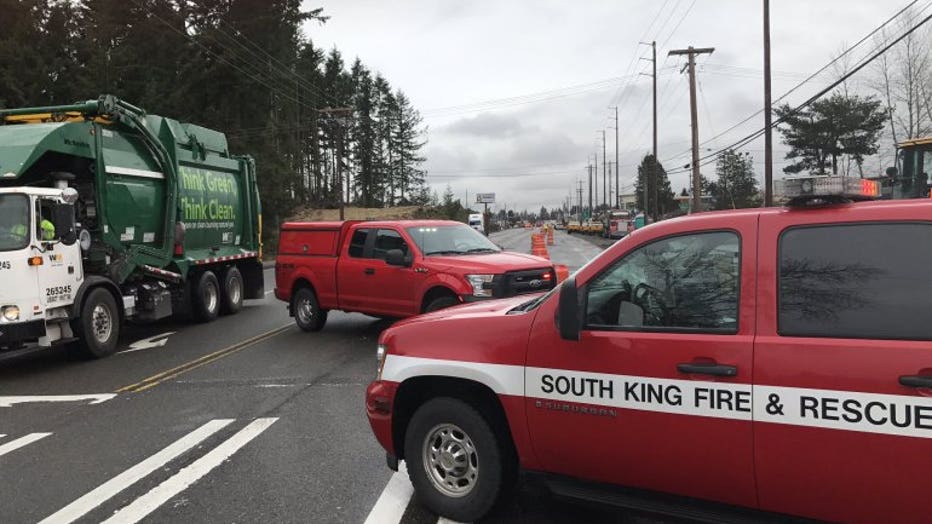