OLYMPIA -- Gun control was the issue of the day in Olympia. Hundreds of people turned out to testify in support of two different initiatives regarding background checks. Some of the most poignant testimony came from former Arizona Congresswoman Gabby Giffords. 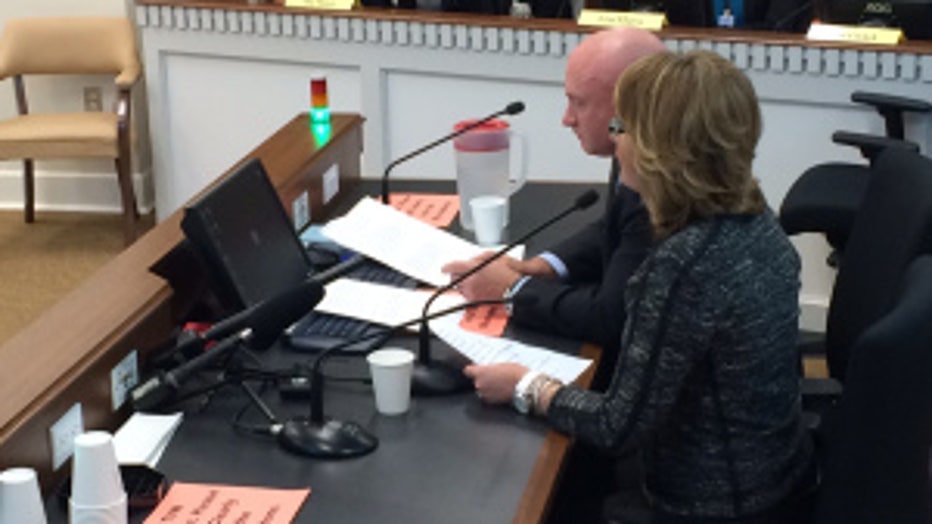 Giffords is not only talking about her efforts to recover from a gunshot wound three years ago, when a long gunman walked up and shot her point-blank in the head while she was at a campaign event in Tucson, Ariz., but she was also talking about the effort to make our country safer from gun violence.

She and her husband, former astronaut Mark Kelly, came to Olympia to push a Washington state initiative, I-594, that would expand criminal background checks for gun purchases.

“Right now, you go to a gun store, you got to get a background check," Kelly said. But "for a criminal that fails, he can go down the street and go to a gun show" and buy a firearm.  “It doesn’t make sense to me."

Kelly admits gun control is a complicated issue with two passionate sides. There were lines of people outside the state Capitol in support of I-594.

“It is a step, it is not the final measure,” said Randy Holland. “I think more gun safety is needed, but this is at least one step.”

“What is it going to take for us to say we need to change?” asked Patricia Johnson, as she listed off some recent cases of violence.

But there were also many supporters who turned out in favor of I-591, a different initiative that would limit what the state could do regarding gun purchases.

“The background check systems do not work,” said Devyn Hembry. “We need to deal with our criminals, that’s the problem.”

Kelly used to live in this state, and says he understands why some people don’t want more government control.

“Washington has a very strong history of gun ownership. I’m a gun owner, Gabby is a gun owner.  We’re strong supporters of the 2nd Amendment, we get that.”

But he and his wife say the only way to start reducing gun violence is to start making it harder for criminals to get weapons.  They told legislators I-594 will do that.

“Be bold, be courageous, the nation is counting on you,” Giffords testified.

The state House Judiciary Committee heard testimony on both initiatives Tuesday. But if the Legislature as a whole does not act on either, then they initiatives end up on the ballot in November and voters will decide the issue.