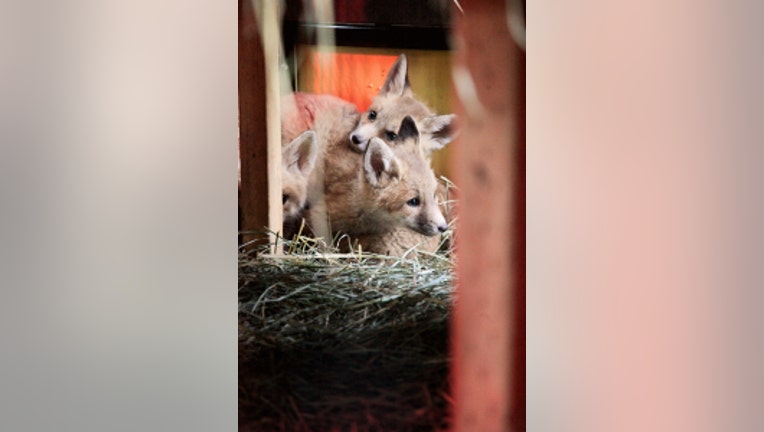 Three males and two females were brought to the facility on May 20 after their mother was discovered dead and the young ones -- or kits -- were found in a drainage ditch.

The two-month-old siblings were rescued from the ditch and taken to large outdoor facility. The pups are fully weaned and eating  kibble, officials said.