As Orion began its closest approach to the moon yet, NASA shared live views of the moon and Earth as seen from the Artemis I spacecraft.

The "cold moon" will be at its fullest just after 11 p.m. EST, and you'll have a little bit more time to gaze at it since daylight saving time ended last month. The event is also known as the "long night moon" or the "moon before yule."

What is a cold moon?

The full moon takes a high trajectory across the sky because it is opposite to the low sun. According to NASA, the moon will be above the horizon longer than at other times of the year.

7 TIPS ON HOW TO PHOTOGRAPH THE MOON 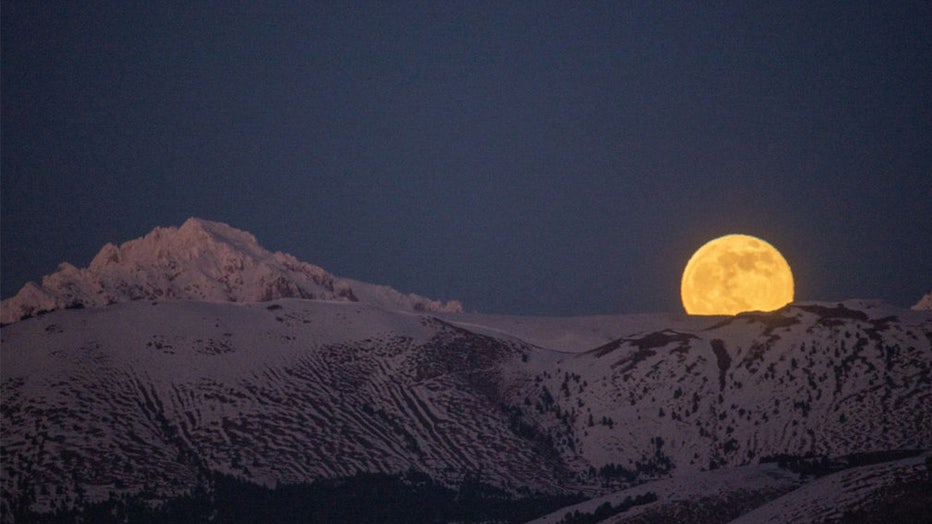 According to NASA, the cold moon gets its name because December is the month when it really starts to get cold, although our coldest average temperatures are in January.

WHEN IS THE COLDEST TIME OF YEAR?

"The long night moon gets its name because the full moon in December occurs near the solstice, which has the longest night of the year," NASA said.

Europeans call the December full moon the "moon before yule," named after Yule, an old northern European winter festival that is now associated with Christmas.

If you happen to miss the event, there are other astronomy happenings you can set your FOX Weather app to remind you.

Mars will make a comeback, of sorts, on Thursday when it will be at its closest point to Earth in two years. However, close is all relative when talking about the vastness of space. Mars will still be 38.6 million miles away at its closest approach.

This will be the best view of the red planet in two years since Mars opposition last occurred in October 2020.