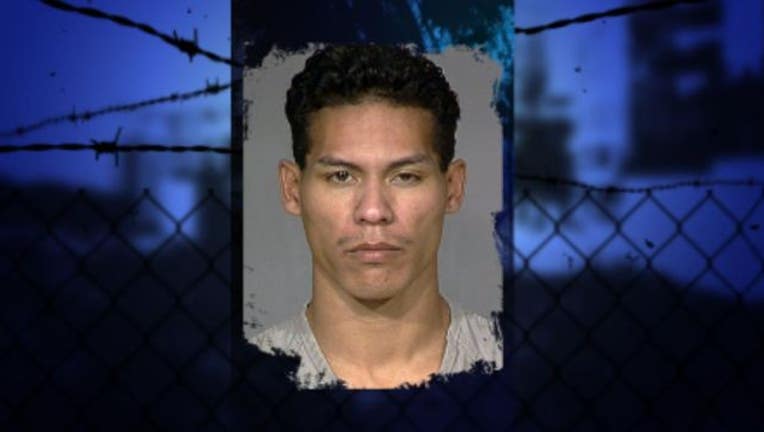 SENTENCING UPDATE January 6, 2015 -- Nevada Pettes' co-defendant,  Jason Madron, was sentenced to more than 18 years in prison Tuesday, after pleading guilty last month to 2nd degree murder in the stabbing death of Jacob Glenn SENTENCING UPDATE December 22, 2014 -- Nevada Pettes was sentenced to 15 years in prison Monday, after pleading guilty to robbery and conspiracy charges for his part in the murder of Jacob Gleen FUGITIVE CAPTURED Feb. 13, 2014 -- Department of Corrections' Southwest Community Response Unit Officers and U.S. Marshals tracked accused Pierce County murder suspect Nevada Pettes using Washington Most Wanted viewer tips to Flint, Michigan. U.S. Marshals there located and arrested him Thursday morning.  He is awaiting extradition back to Pierce County where he is charged for his role in the murder of a man in Fox Island, and is a suspect in other crimes in Tacoma. Det. Ed Troyer featured him on WMW last weekend as a Tacoma-Pierce County Crime Stoppers top fugitive. This capture is another great example of the community working with dedicated law enforcement officers, Crime Stoppers and WMW to stop a suspect's run from the law and hopefully get justice for the victim. Great work by all involved, especially the good citizens who provided the leads to the CRU officers and task force members who followed up on the tips and are credited with the arres FUGITIVE WANTED BY PIERCE COUNTY SHERIFF'S DEPARTMENT Feb. 7, 2014 -- Detectives in Pierce County need your help tracking down an accused killer. Nevada Lee Pettes is wanted for his suspected role in the murder of a man on Fox Island last November. Police say he's been on the run and committing more crimes since then. Detectives believe Pettes was with the suspect who stabbed Jacob Glenn to death during a drug rip. The 23-year-old's body was found in a ditch outside a grocery store. "The suspect knows he's wanted," said Detective Ed Troyer with the Pierce County Sheriff's Department. "He's been on the run and he knows he's wanted for murder. He's also wanted for some armed robberies and kidnappings in other jurisdictions. So this is a guy who's dangerous. Knows that police are looking for him. We need to get him caught through a viewer tip before he hurts or kills somebody else." Nevada Lee Pettes is 32-years-old, 5' 7" and 155 pounds. He was last living in Tacoma before he went on the run. If you can help detectives catch him, call in an anonymous tip: CRIME STOPPERS: 1-800-222-TIPS You must call the Crime Stoppers hotline with your tip to be eligible to receive a cash reward for information leading to a fugitive’s arrest. CLICK HERE for information on how to TEXT A TIP to Crime Stoppers