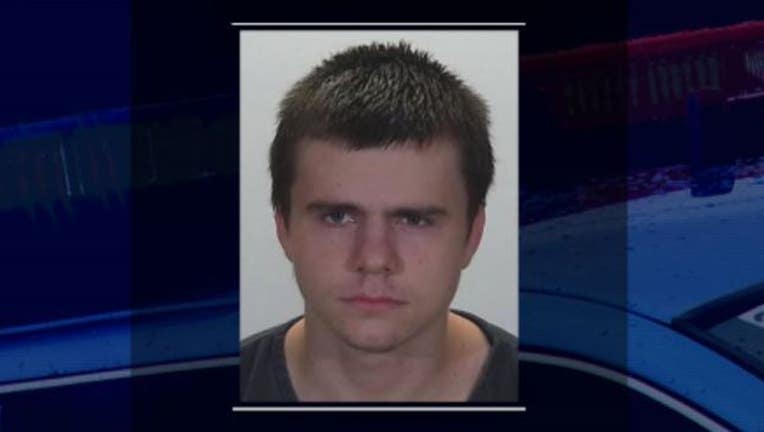 FUGITIVE CAPTURED April 17, 2014 -- Issaquah detectives say Benjamin Haldeman surrendered on Thursday. WANTED BY ISSAQUAH POLICE AND US MARSHALS March 21, 2014 -- Issaquah police and the US Marshals Pacific Northwest Fugitive Apprehension Task Force are on the hunt for a fugitive accused of attacking a pair of brothers -- beating one up and stabbing the other. This is the suspect Issaquah police are looking for Benjamin Haldeman, he's 22-years-old and considered "armed and dangerous." Detectives say Haldeman's attacks on the brothers happened at the same place last week, the Issaquah Salmon Hatchery on Sunset Way, but not at the same time. "He fled the scene, we have not been able to locate him and we have not been able to recover the knife," said Issaquah Detective Christian Munoz. If you can help Issaquah police and the Marshals task force track down this accused stabbing suspect, call an anonymous tip into:CRIME STOPPERS: 1-800-222-TIPS You must call the Crime Stoppers hotline with your tip to be eligible to receive a cash reward for information leading to a fugitive’s arrest. CLICK HERE for information on how to TEXT A TIP to Crime Stoppers