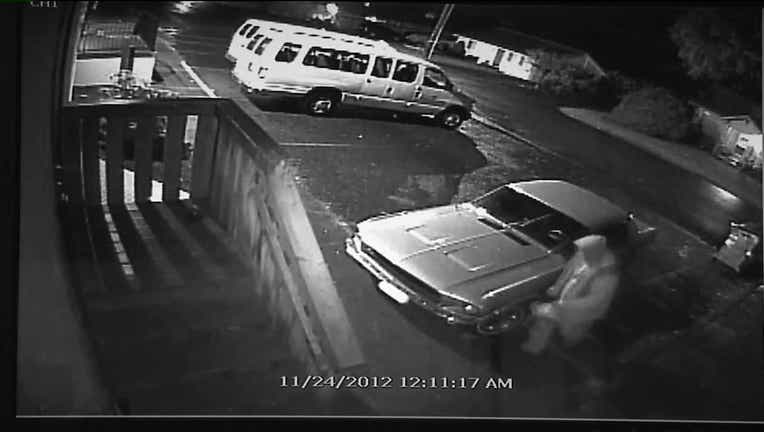 EVERETT -- A thief is stealing gasoline from shuttle vans at the Cascade Boys and Girls Club in Everett, video surveillance shows.

Maria Quiroga, of the Cascade Boys and Girls Club, said, "One day our van wouldn't even start and I had to go up to the Safeway and get a gas can that was $20 just for a one-gallon gas tank so I could put it in the van and get the van going.”

Dozens of parents drop off their kids at the Boys and Girls Club every morning and depend on the club to get them to school.

Organizers feel like this criminal is kicking them and the kids around.

"It's incredible. It's unbelievable to me that they would steal from not only a charity but from kids,” Quiroga said.

The kids aren't the only victims.

"Last Friday morning, we came in to a truck that had been full the night before and it was empty,” said Leann Geiger of the Everett Volunteers of America Food Bank.

The food bank provides food for thousands of needy families in Snohomish County.

Every dollar given to the food bank can provide three meals, but the diesel thefts from their trucks in recent months have left the charity's purse $500 light. That money could have bought 1,500 meals.

"It's sad and it's frustrating really because we're here doing our best to try to help the people who need it the most and when we have the rug pulled out from under us; it's hard,” Geiger said.