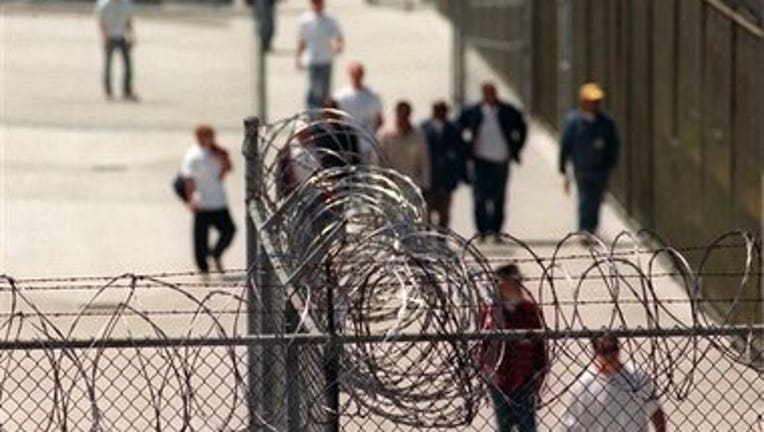 MONROE, Wash. - Frustration, fear and anger are being stirred by the state Department of Corrections as it moves to close units at the Monroe Correctional Complex and other prisons around the state.

Already, one of two cell blocks of the Washington State Reformatory at Monroe has been emptied, its minimum security prisoners moved into the other block, where they now share smaller cells with medium security inmates.

Eventually, the rest of the reformatory living units, plus two minimum security units at Monroe, could be shuttered as part of the state’s response to the challenges of empty beds, staffing shortages and funding cuts.

Bryan Glant has been incarcerated at the correctional facility since 2016. He opposes the closure plan, calling Monroe the safest prison in the state by a long shot.

"This is where convicts come to retire," Glant told the Daily Herald in a phone interview. "What I mean by that is this is not a political prison. This is where prisoners come to leave gang life, leave crime and reform."

Similar themes resonated throughout back-to-back meetings that corrections officials held Aug. 5 with family members of those incarcerated at the prison and civic leaders, including state lawmakers.

Conducted virtually, the hour-long listening sessions evoked numerous questions about and concerns with a process viewed by participants as moving too fast and harming the health, safety and rehabilitation of those behind bars.

Some family members of prisoners cried as they shared personal experiences and worries.

Many stressed that the Monroe prison’s proximity to metropolitan areas makes it easy to visit.

One woman from Tacoma said her son was transferred several years ago to Monroe from the Washington State Penitentiary in Walla Walla.

She and her husband have health issues and would be unable to visit much if their son got transferred to a prison on the state’s east side, she said.

"Monroe is perfect — one hour up the freeway, and we’re good," she said. "Us visiting our son keeps him going, too. Without us, without his family, he’d go down the tube."

Another woman expressed concern that her son will lose access to his education program — University Beyond Bars — if forced to move out of Monroe and into another prison.

One attendee said she had no family ties to any prisoners but tuned in out of concern for public safety. Strong family and community links are the only for-certain things that help reduce recidivism rates, she said.

"Even though video visits are great, they do not take the place of in-person visits," she said. "Having that human contact is so important for the mental and emotional stability of those returning into the community."

Some participants had specific concerns with double-celling of prisoners.

Lydia Keen, whose son was moved out of a single cell into a shared cell, said conditions are so cramped that one has to sit sideways to use the toilet.

Another mother asked why the state decided to house minimum and medium security prisoners together. She said it resulted in her son, who has a minimum custody level, losing privileges and possessions. She asked for an explanation.

Her question, and those from several others, did not get answered, prompting one person to ask officials "Why are you so evasive?"

"It certainly is not our intent to be evasive," said Sean Murphy, the deputy secretary in charge of the prison system. "It is our intent to listen with every bone in our body."

During the meeting, Secretary of Corrections Cheryl Strange said they came to listen and would provide answers, and explanations, on the agency’s online portal for closure information.

She also sought to assure participants they had not singled out the reformatory in its plans.

"This has been a difficult challenge for you, the loved ones of those in custody," she said. "Monroe is very special, we know that. We’re not going after Monroe as our one-and-done situation. We’ve got some beds to close. We’ve got to do it in the best way possible."

This is all happening because Washington’s prison leaders are coping with an unprecedented confluence of events.

Prisoner population is tumbling, with 4,129 of the state’s 17,000 beds vacant as of Wednesday.

Of those, around 635 are at the Monroe Correctional Complex, which is made up of five units including the reformatory. Overall, Monroe has 2,488 beds, meaning roughly one-fourth of them were empty last week.

Blame the pandemic, in part.

Prison admissions dropped by more than half between March 2020 and June 2021 compared to the same period a year earlier. More than 1,000 incarcerated men and women got released under a state Supreme Court order to ease crowding to reduce prisoners’ risk of exposure to the potentially deadly coronavirus. At Monroe, a COVID outbreak coupled with a riot preceded the legal action.

And a ruling by the same high court, striking down the state’s simple drug possession law, cleared a path for release for potentially thousands.

Looking ahead, corrections officials project as many as 3,000 more beds could open up in the next two years due to expanded eligibility for the state’s Graduated Reentry Program, which lets prisoners serve the final months of their sentences under home detention.

In response, corrections officials are working to close as many as 18 prison living units across the state. Many would be considered "warm closures," meaning they will not be staffed but will still have utilities connected if they need to be reopened.

In July, the state closed and consolidated two of the four housing units at the reformatory.

Units C and D, which housed minimum security prisoners with longer sentences, were closed. Individuals in those units were moved to units A and B, which have smaller cells and house prisoners with a medium security custody level.

Units A and B, plus a pair of 120-bed minimum security units, are penciled in for potential shutdown, as well, under the state’s plan. No timeline for those closures has been made public.

Another reason fueling action at Monroe is a historic difficulty hiring and retaining corrections officers there, said Mike Obenland, the deputy state prisons director. It’s resulted in a large tab for overtime and a growing toll on morale.

"The overtime at Monroe has just been horrific and, quite frankly, not sustainable from the health standpoint of the staff having to do that," Obenland said.

He blamed the area’s high costs of living and housing coupled with better incentives from competing agencies for tamping down efforts to fill vacancies. By closing units, existing staff can be redistributed and overtime reduced.

That savings will help with a funding crunch. Strange said the budget passed by lawmakers and signed by Gov. Jay Inslee contained $80 million less for operations in the next two years. Curbing overtime helps. Reducing inmate population will, too.

In the meantime, an individual incarcerated in the reformatory filed a federal lawsuit last month aimed at stopping and unwinding the agency’s actions.

JoJo Deogracias Ejonga filed the complaint in U.S. District Court. He is also seeking an injunction to block further consolidation and closure of reformatory living units. And it seeks to restore the longstanding practice at the reformatory of housing one man per cell.

The lawsuit asserts the prison’s allowance of one person per cell "has prevented a substantial amount of problems from ever taking place" because prisoners "respect more than anything their single man house."

Double-bunking, the suit alleges, creates conditions of overcrowding, increases the risk of violence in the facility and boosts the potential for spread of coronavirus.

Space is so tight that in order to use the toilet, one must sit on it sideways, the suit claims. "Toilets are not designed to be sat on sideways," it reads.

Agency officials declined to respond, noting the department does not comment on ongoing litigation.

However, a spokeswoman noted in an email that double bunking "is the standard at every other facility in the state" and is in line with the department efforts to place prisoners into cohorts to reduce the spread of the potentially deadly virus.

Other mitigation strategies include staff testing once a week and daily screening for COVID-19 symptoms. There have been no recent transfers to the reformatory, nor have there been COVID cases within the population, according to an email from Rachel Ericson, the deputy communications director.

Also, more vaccinations have been administered at the Monroe Correctional Complex than at any other correctional facility in the state, she noted.