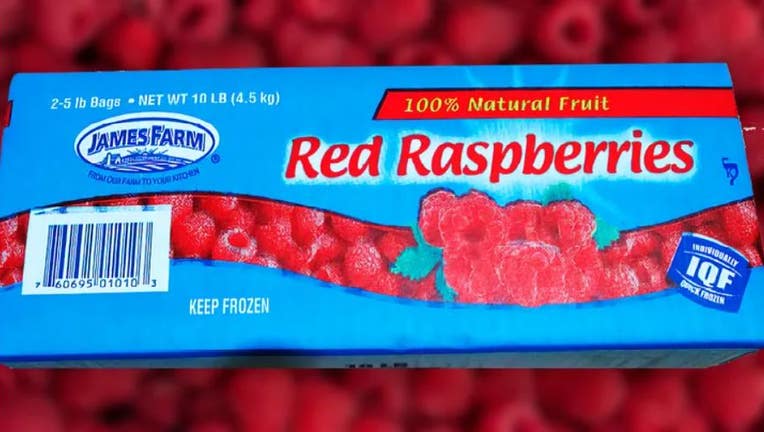 More than 1,000 cases of frozen raspberries are being recalled after testing indicated the presence of hepatitis A, federal health officials say.

Approximately 1,260 cases of James Farm frozen raspberries are included in the recall "due to the potential of the product being contaminated with Hepatitis A," according to a notice posted by the Food and Drug Administration (FDA).

FDA testing indicated the presence of hepatitis A, a contagious liver disease that comes from exposure to the hepatitis A virus, in James Farm frozen raspberries with UPC Code 76069501010 and Lot Code - 22-165.

13 HOSPITALIZED IN HEPATITIS A OUTBREAK TIED TO STRAWBERRIES

Any consumer that purchased the affected product "should either discard them or return them to point of sale/place of purchase for a full refund," the recall notice continued.

To date, there haven't been any illnesses or adverse reactions related to the recalled product, officials say.

Symptoms include fatigue, abdominal pain, jaundice, abnormal liver tests, dark urine, and pale stool, the notice said. However, a hepatitis A vaccination can prevent illness if it's been given within two weeks of being exposed to contaminated food.

"In rare cases, particularly consumers who have a pre-existing severe illness or are immune compromised, Hepatitis A infection can progress to liver failure," officials added.

There have been a handful of hepatitis A outbreaks tied to berries in recent years, according to the Centers for Disease Control and Prevention (CDC).

In the latest case, 19 people in four states were infected and 13 were hospitalized, according to the CDC.