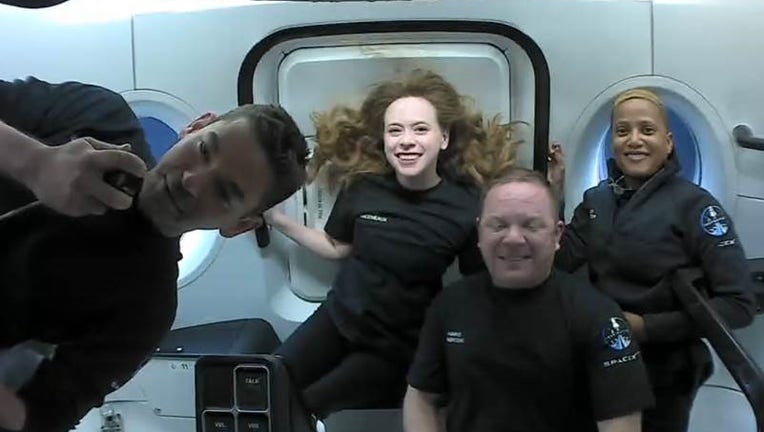 CAPE CANAVERAL, Fla. - Weightless flips and a ukulele performance were among the highlights of a live video feed from the first all-private astronaut crew as they orbited Earth on Friday.

The Inspiration4 crew made their first public appearance from space in a 10-minute live YouTube video, just over halfway through their three-day mission.

Jared Isaacman, Sian Proctor, Haley Arceneaux, and Chris Sembroski seemed to be enjoying themselves and taking advantage of the panoramic cupola window installed in the nose of the capsule.

"We have been spending so much time in this cupola. It’s the largest window ever flown in space," Arceneaux offered as she floated with the sun shining behind her. "It’s just an incredible perspective and I have to say, the views are out of this world."

The mission is the first to include only private citizens with no prior space experience.

Isaacman, a billionaire who founded a payment processing company, is funding the flight as a way to promote space tourism and raise money for children’s cancer treatment and research at St. Jude Children's Research Hospital, where Arceneaux – herself a childhood cancer survivor – works as a physician assistant.

Thursday, some very special space fans got a chance to speak with the crew live. St. Jude said some of their young patients enjoyed a live Q&A session with Arceneaux and her orbiting crewmates.

During Friday’s live feed, Proctor showed off some artwork she’s working on, while Sembroski strummed a ukulele.

Isaacman and Arceneaux discussed the science experiments they’ve conducted, but the 29-year-old stole the show with her acrobatics. 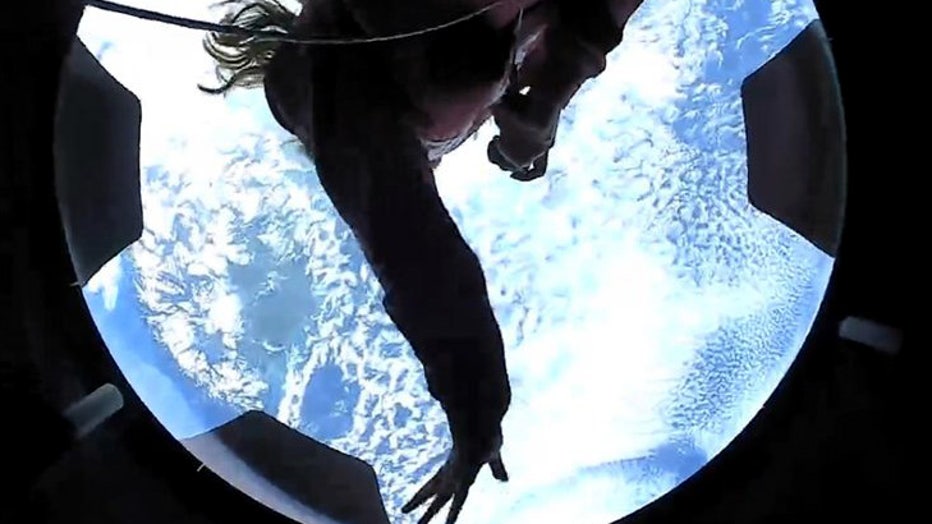 Haley Arcenaux in space, via @inspiration4x

"Haley is a champ at spinning, as you can see," Proctor offered. "She’s been spinning from the moment we got on orbit."

After the broadcast ended, a SpaceX spokesperson said the crew is scheduled to splash down Saturday at 7:06 p.m.. The company is targeting a landing zone off the east coast of Florida.