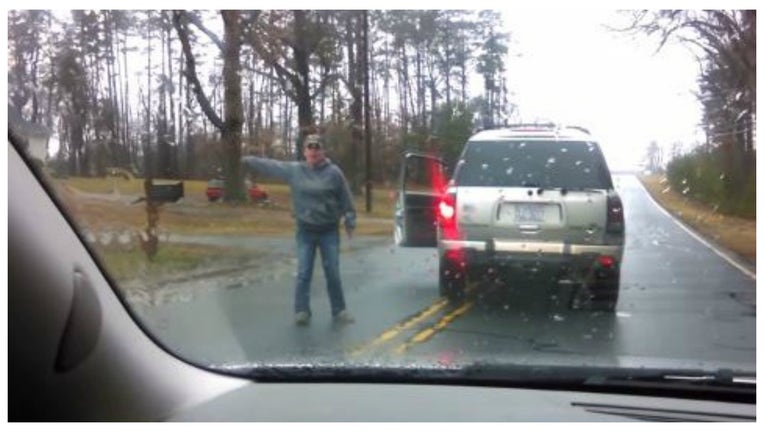 Sherri Hastings told WGHP she was driving in Randleman when a woman driving an SUV attempted to "slam into her" in a 35 mph zone.

"I knew what was going to happen. I wanted it on tape. Twice the lady tried to pass me on a two-lane road with double lines on a hill. She about ran me off road first time. She got behind me a second time and then went to go around again. I let her have the road, called 911, reported her and her plate number... I started phone video which was in a holder on dashboard -- hands free," Hastings said.

The woman exits her SUV and approaches the vehicle around the 3-minute mark in the video.

Hastings gave a copy of the video to police, however she told WGHP she does not know if charges have been filed.

Editor's note: Language and gestures may be offensive to some.