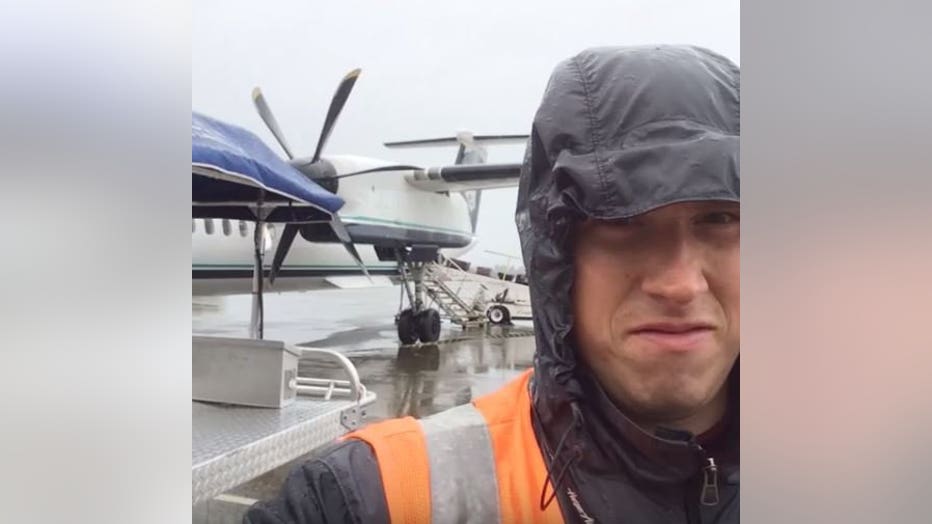 ORTING, Wash. – People close to the man who stole a Horizon Air plane from Sea-Tac Airport Friday night shared their memories of him. 29-year-old Richard Russell had the nickname of ‘Beebo’ and his friends say he was loving, warm, friendly, and funny.

Q13 News met up with Richard’s friend and former co-worker DeAndre Halbert and showed him a YouTube video Richard posted.

“There would be two of us working. Uploading and downloading the plane,” said Halbert.

It gives everyone an inside look at Richard’s life as a Horizon employee alongside DeAndre.

“We talked about traveling a lot. That’s the one thing we had in common,” said Halbert.

Richard posted a photo of him in Idaho, Mexico, and France in that video. It shows a different side of Richard than the man heard on air traffic control recordings.

“Just a broke guy, got a few screws loose I guess. Never really knew it until now,” said Richard Russell.

Mike Mathews painted a different image of Richard Russel as he spoke at an evening press conference on behalf of Richard’s family.

“He was a faithful husband, a loving son, and a good friend,” said a friend of Russell’s family Mike Mathews.

Richard even apologized to his loved ones while flying that stolen plane.

“I’ve got a lot of people that care about me. It’s going to disappoint them to hear that I did this. I would like to apologize to each and everyone one of them,” said Russell.

“As the voice recordings show, Beebo’s intent was not to harm anyone. He was right in saying that there are so many people who have loved him,” said Mathews. 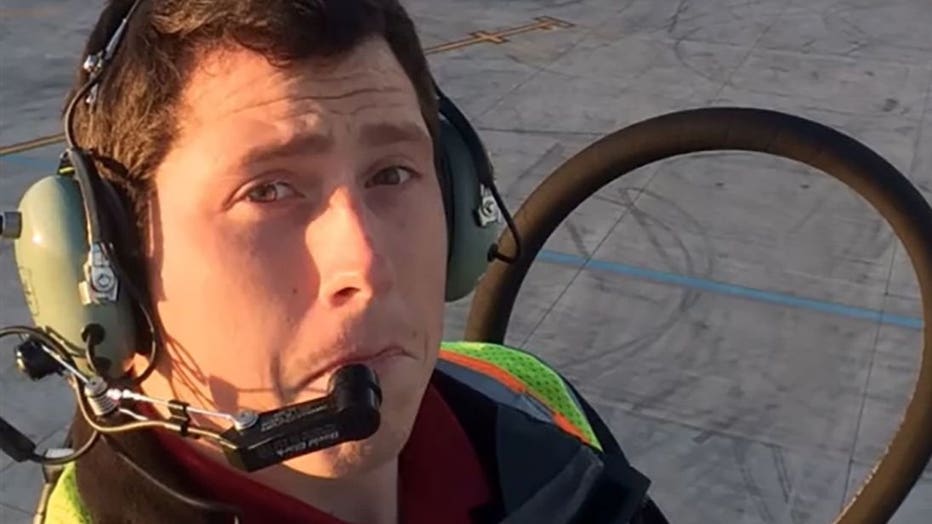 People like DeAndre Halbert will remember Russell as a former friend and co-worker eager to help him cover shifts and lend a listening ear.

“Nobody could ever imagine him doing anything like that,” said Halbert.

Halbert offering insight into how Richard could’ve known how to fly that plane. He says Beebo was recently moved from the grounds crew to the tow team.

“The tow team has access to talk to air traffic control. They’ve been trained to turn on and off the plane things. I wouldn’t know those things. Regular ramp agents wouldn’t know,” said Halbert.

As the investigation continues, his family asks for space to mourn.

“At this time, the family is moving forward with processing our grief,” said Mathews.

Trying to remember a laughing, smiling Beebo instead of his infamous last moments.

“Most importantly, I get to visit those I love most,” said Russell.