Fresh powder at Stevens Pass a wonderful sight for skiers

Skiers and snowboarders are taking advantage of recent, heavy snow at Stevens Pass. The pass was busy Friday with many visitors coming out to play in the snow ahead of Friday night's snowy forecast and the usual Saturday rush.

Stevens Pass, wash. - Skiers and snowboarders are taking advantage of recent, heavy snow at Stevens Pass. The pass was busy Friday with many visitors coming out to play in the snow ahead of Friday night's snowy forecast and the usual Saturday rush.

"The roads are much better than they were last time. They are not bad at all," said Sarah Gerhart of Renton.

With more snow on the way, visitors expect it to be a very busy weekend on the mountain.

"Hopefully tomorrow there is more snow, so it’s more fun too," said Velez. 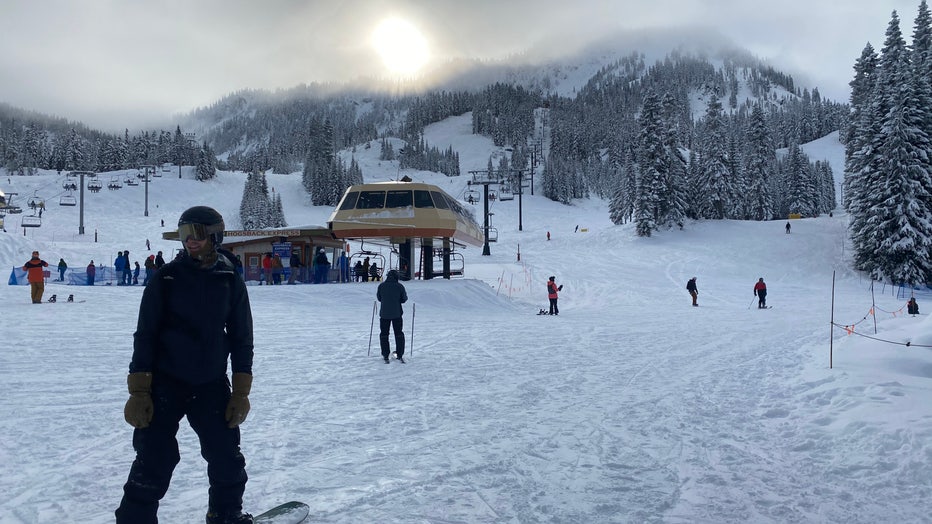 "On Saturday it’s always the parking is an issue, it’s just a lot more crowded," said Kanchuger. "But, they are doing all they can. Tomorrow is the real test in my opinion to see if they can get it all figured out."

"Everything is spinning right now. They are getting the back side ready.  So, we don’t have any complaints other than the Saturday crowds," said Cole Senesac, a snowboarder and TikTok creator from Chicago. "You come here at 9:00 am on a Saturday and you have to park all the way down in the lower lots, and then you have to wait for a shuttle there and by the time you get up here it’s like 11:00 am that’s why we are here on a Friday."

Ellen Galbraith, the Vice President and GM at Stevens Pass, told FOX 13 during an interview in November that the team had addressed last year's complaints, with staffing being a top priority.

"We’ve raised wages we have a lot more staff that are coming, and we are very much looking forward to the winter and having a good season," said Galbraith.

"Thanks to early season snow and cold temps/conditions, we were able to open on time on December 2nd," said Stevens Pass spokesperson, Amanda Bird. "Staffing has been GM Ellen Galbraith’s prime focus going into the 2022-23 season with the goal of being fully operational."

"For the first time this season, we are capping our day ticket sales, so we are very closely watching how many day tickets will be sold to have a better experience for parking," said Galbraith.

Kanchuger feels a reservation system might be something to consider if things get too crowded.

"Reservation system back on Saturdays, more parking if that’s possible, but that doesn’t seem realistic or just limit ticket sales for day pass holders," he said.

Pass holders say the new season brings with it the possibility of a fresh start, along with the fresh powder.

"Management has been very open, and they are doing everything they can," said Eric. "Huge shout out to all the lifties. I can't thank them enough for keeping this place as great as it is," said Kanchuger.

The slopes closed at 4:00 pm Friday, just in time for the winter weather advisory to take effect.   The use of traction tires was advised in Stevens Pass throughout the day on Friday.

"Last week, we had enough snow to open Tye Mill. We need more snow before we can safely open the backside. We will begin night operations next Wednesday, December 14th! Night ops will be Wed-Sun each week through mid-March from 4-10 p.m.," she said. 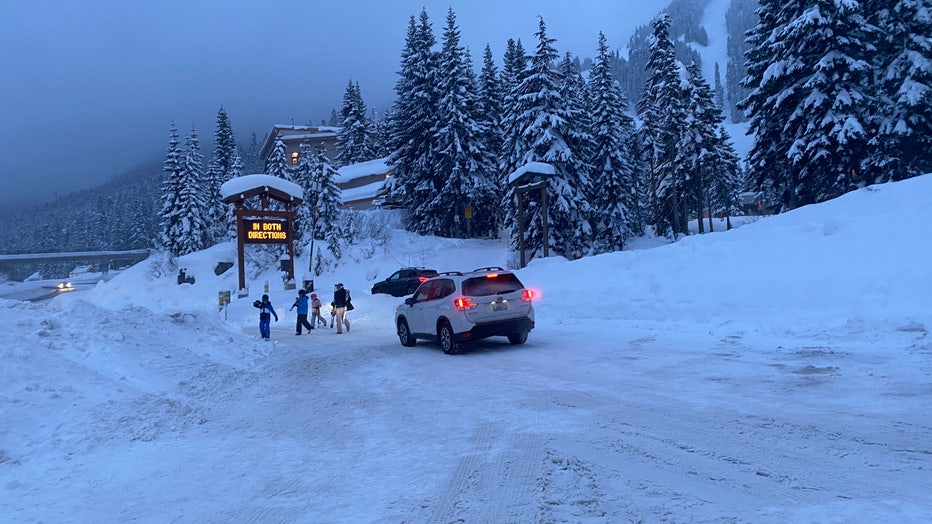