What to know about listeria

According to the U.S. Centers for Disease Control and Prevention (CDC), Listeriosis is an infection usually caused by eating food contaminated with Listeria monocytogenes.

ORLANDO, Fla. - Fresh Express announced Monday that it is recalling some of its bagged salad products distributed to 19 U.S. states and Canada due to the risk of listeria contamination.

The company said the recall affects certain varieties of its branded and private label salad products produced at its Streamwood, Illinois facility and distributed to retailers in the Northeast and Midwest regions of the U.S., as well as distributors and retailers in Canada.

The recall was issued after the Michigan Department of Agriculture received a positive result for Listeria monocytogenes in a random sample test of a single package of Fresh Express 9 oz. Sweet Hearts salad mix with a use-by date of December 8, 2021. 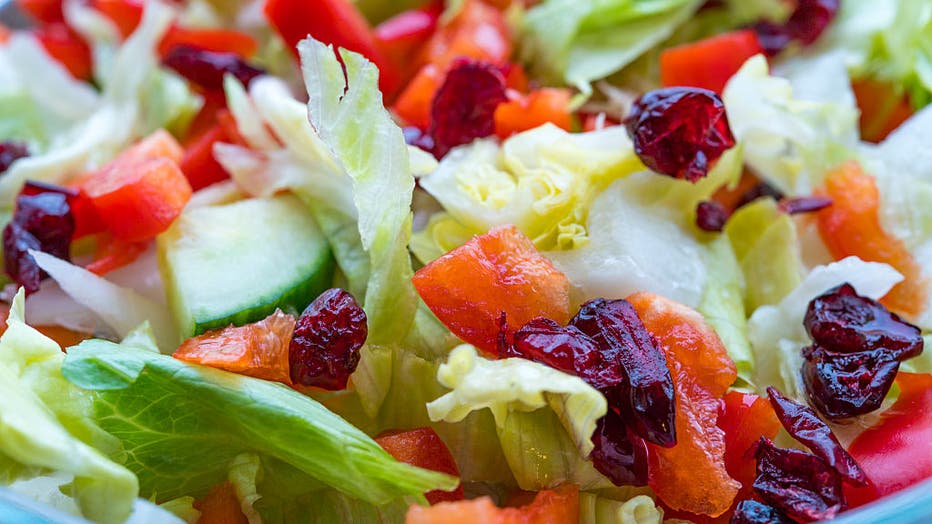 FILE IMAGE - A lettuce salad with cucumbers, red peppers and dried cranberries is pictured in a file image taken on May 15, 2016, in Toronto, Canada. (Photo by Roberto Machado Noa/LightRocket via Getty Images)

Fresh Express said it "immediately halted all production at the Streamwood facility and initiated a complete sanitation review." It added in a statement that the company contacted retailers who received the items, instructing them to remove them from store shelves and stop any further shipments to stores.

The recall includes all "use-by dates" of fresh salad items with product codes Z324 through Z350. Product codes are located on the front of the packages below the use-by date. No other Fresh Express products are subject to recall, the company said.

Canadian distribution includes the provinces of Ontario and Manitoba. 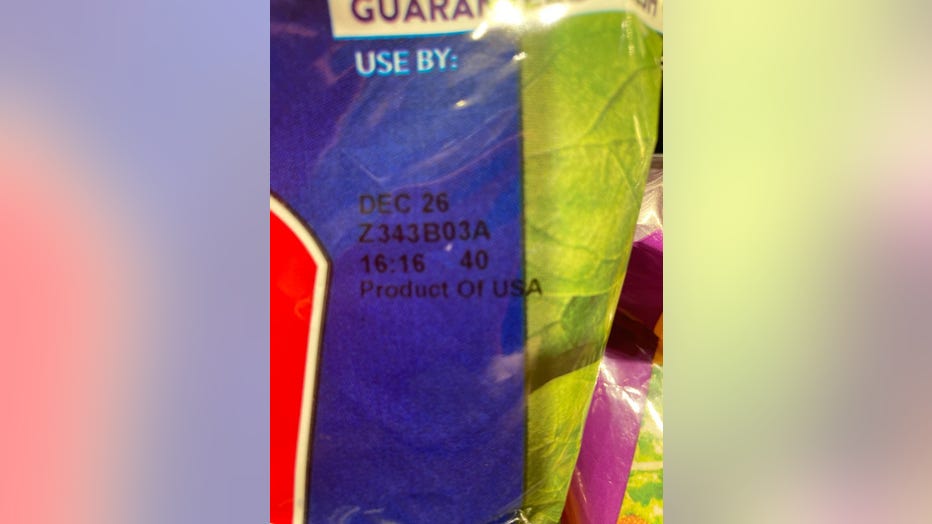 Customers should discard any of the recalled products that may be in their refrigerators. They can obtain a refund by calling the Fresh Express Consumer Response Center at (800) 242-5472 between the hours of 8 a.m. to 7 p.m. ET or by visiting the store where the product was purchased.

Since 2016, the U.S. Centers for Disease Control and Prevention has reported a total of 10 illnesses associated with this particular strain of Listeria monocytogenes that was recently detected in the random sample of Fresh Express products, according to the company.

In its own statement, the Michigan Department of Agriculture said no cases of illness had been reported in the state.

Food contaminated with L. monocytogenes can cause listeriosis, a serious infection that primarily affects older adults, people with weakened immune systems, and pregnant women and their newborns, according to the U.S. Department of Agriculture’s Food Safety and Inspection Service.

Listeriosis can cause fever, muscle aches, headache, stiff neck, confusion, loss of balance and convulsions — sometimes preceded by diarrhea or other gastrointestinal symptoms.

"In pregnant women, the infection can cause miscarriages, stillbirths, premature delivery or life-threatening infection of the newborn. In addition, serious and sometimes fatal infections in older adults and persons with weakened immune systems," the agency warns.

Listeriosis is treated with antibiotics. Consumers concerned about an illness should seek medical care and tell the doctor about eating possibly contaminated food if they have a fever and other symptoms of possible listeriosis, such as fatigue and muscle aches, within two months after eating, according to the U.S. Centers for Disease Control and Prevention.

"This is especially important if you are pregnant, age 65 or older, or have a weakened immune system," the CDC states on its website.