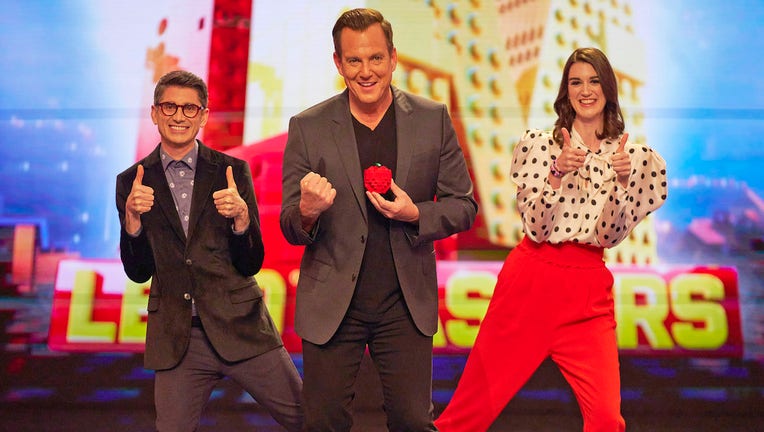 CHICAGO - Break out the bricks and alert your minifigs — FOX has renewed its hit competition series "LEGO Masters" for a third season.

Hosted by Will Arnett, the family-friendly show invites teams of two to compete in a series of LEGO building challenges based on unique themes. The impressive builds are then judged by a panel of LEGO experts, who eliminate one team each week. The winning competitors receive $100,000 and the coveted title of "LEGO Master."

RELATED: Holiday TV guide: When and where to catch new and classic Christmas movies, specials

"I’m excited to be a part of TV’s longest running, unscripted, Danish toy building show," Arnett joked about the renewal news. Arnett serves as an executive producer on the series, which is based on a British show of the same name. Arnett also has a long-standing connection to LEGO thanks to his celebrated turn as LEGO Batman in "The LEGO Movie" and "The LEGO Batman Movie."

""LEGO Masters" is more than just a fun, family-friendly show, it builds bridges between the generations," said FOX Entertainment’s Rob Wade in a press release. "Thanks to our amazing and hilarious host, Will Arnett; our immensely talented crew; and our fantastic producing partners, the love of the LEGO brand keeps growing. Last summer’s creations were even more spectacular than those in our debut season, and we will continue to raise the bar of creativity with season three."

Season three of "LEGO Masters" will premiere in 2022 on FOX. The series is currently casting; potential future LEGO Masters can apply online at https://www.legomasters.tv. Those who just want to watch the show, however, can find the first two seasons streaming for free on Tubi.

The Masked Singer (2019-present): After you finish binge-watching the first two seasons of "LEGO Masters," check out another reality competition series that’s sure to suck you in. In Fox’s wildly popular singing contest "The Masked Singer," celebrities hide their identities behind elaborate costumes and compete for the "Golden Mask" trophy. With new songs, new clues and new reveals each week, it’s impossible not to get swept away in the goofy absurdity and tantalizing mysteries. Thankfully, all six seasons and counting are streaming for free on Tubi. Rated TV-PG. Featuring: Nick Cannon, Robin Thicke, Nicole Scherzinger, Ken Jeong, Jenny McCarthy.