CHEHALIS, Wash. -- A fourth person has been charged in the case of a 16-year-old Randle boy who was beaten to death and buried in a shallow grave in Lewis County last month.

Emma Brown, 20, of Glenoma, Wash., a girlfriend of one of the defendants accused of killing the boy, was charged Thursday with two counts of first-degree rendering criminal assistance.

The body of Benjamin Eastman was found buried in a shallow grave in Lewis County last month. His 'friend', Benito Marquez, 16, and his Benito's brother, Jonathon Adamson, 21, are accused of beating him to death and raping him with a stick. They are charged in Lewis County Superior Court with first-degree murder, first-degree rape, tampering with physical evidence and unlawful disposal of remains in the death of Benjamin. They are being held on $10 million bail. 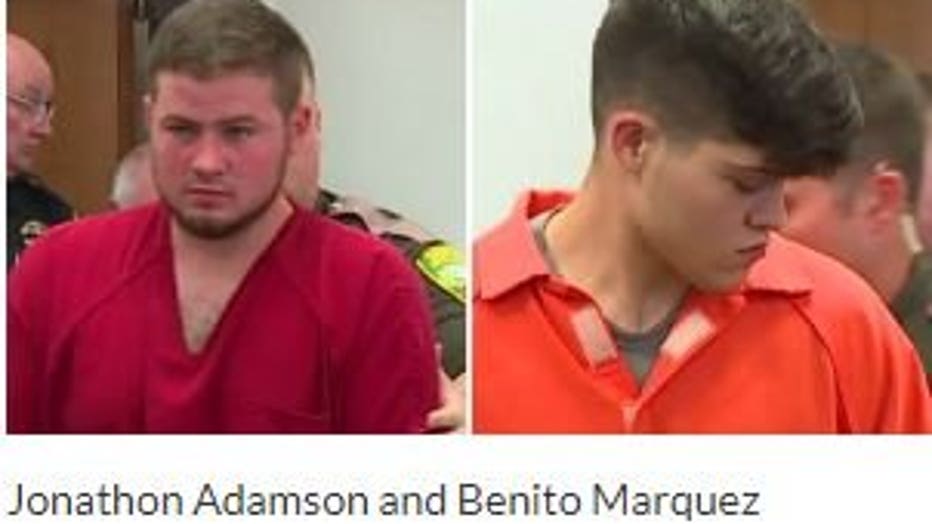 In probable cause court documents, investigators learned during an interview with Marquez and Adamson that they had told their mother, Kindra Adamson, on Sunday that they had killed Benjamin and buried his body. Further, Jonathon Adamson "stated he had also told his girlfriend, Emma L. Brown, about killing Ben and burying his body and he said she was upset but still loved him."

Authorities have yet to cite a motive in the murder case.