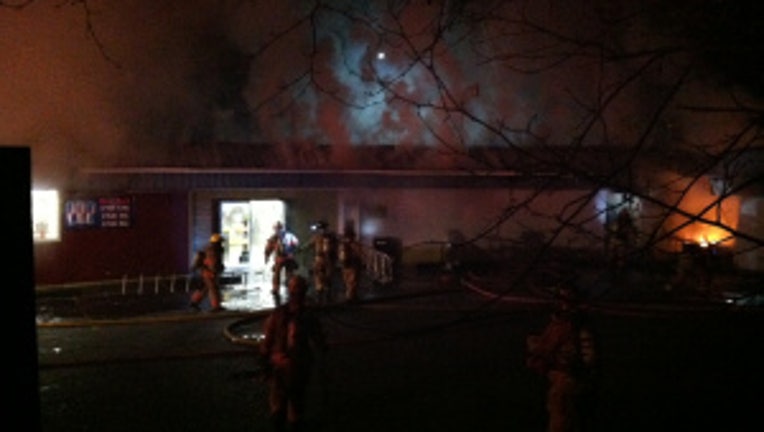 Fire at Mike's Deli-Mart in Edmonds

Firefighters received calls of a blaze at 3:50 a.m. in the 23200 block of Edmonds Way. When firefighters arrived, there was heavy smoke and flames coming from the back part of the building.

Emergency workers got most of the fire under control within an hour, but damage to the building, which housed Mike's Deli-Mart and a single-family apartment building, was heavy. Four adults and three wiener dog were in a second floor apartment when the fire broke out. They were able to get out safely after a neighbor knocked on the door and alerted the family.

Officials closed a portion Edmonds Way as they battled the fire.

Firefighters say the building, which also houses a barber shop and high voltage phone tower, presented some tactical challenges. They cut a hole in the roof to help with ventilation as they were fighting the fire.

Investigators have not determined a cause of the fire yet.