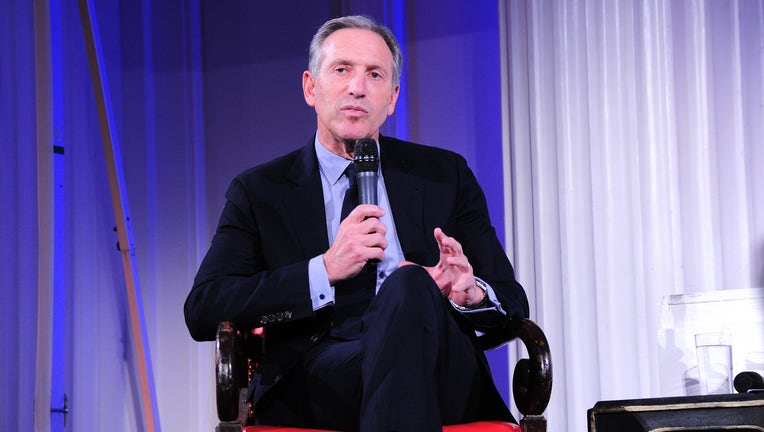 Former Starbucks CEO Howard Schultz – who briefly flirted with an independent run for president last year – announced on Monday that he and his wife will be voting for Democratic presidential nominee Joe Biden.

"In my view, our choice this November is not just for one candidate over another," Schultz wrote in a letter to supporters. "We are choosing to vote for the future of our republic."   Schultz went on to say, "What is at risk is democracy itself: Checks and balances. Rigorous debate. A free press. An acceptance of facts, not 'alternate facts.' Belief in science. Trust in the rule of law. A strong judicial system. Unity in preserving all of our rights of life, liberty, and the pursuit of happiness."

Taking aim at President Trump's repeated attacks on voting by mail – which many Americans feel is a safer option due to health concerns over in-person voting at polling stations amid the coronavirus pandemic – Schultz stressed that it’s “essential that Americans turn out to vote, that every American is able to vote safely, whether by mail or in person, and that every vote is counted. It would be a grave miscalculation to think this election is secured for a Biden victory.”

He highlighted that he’s “supporting nonpartisan initiatives to defend the legitimacy of our elections and ensure that the winner is not declared in the presidential contest until all votes are tallied.”

Schultz mulled an independent White House run at the beginning of 2019, and hired some veteran political advisers. He took part in a primetime Fox News town hall in April of last year. But five months later, Schultz officially cut the cord on any presidential bid, saying at the time that he didn’t want to be a spoiler for the eventual Democratic nominee.

In his letter, Schultz spotlighted two of his organizations that he and his wife Sheri are using to “help to build a more moral, more decent America.”

The groups are the Schultz Family Foundation, which supports philanthropic initiatives, and the Emes Project LLC, which builds public-private partnerships.