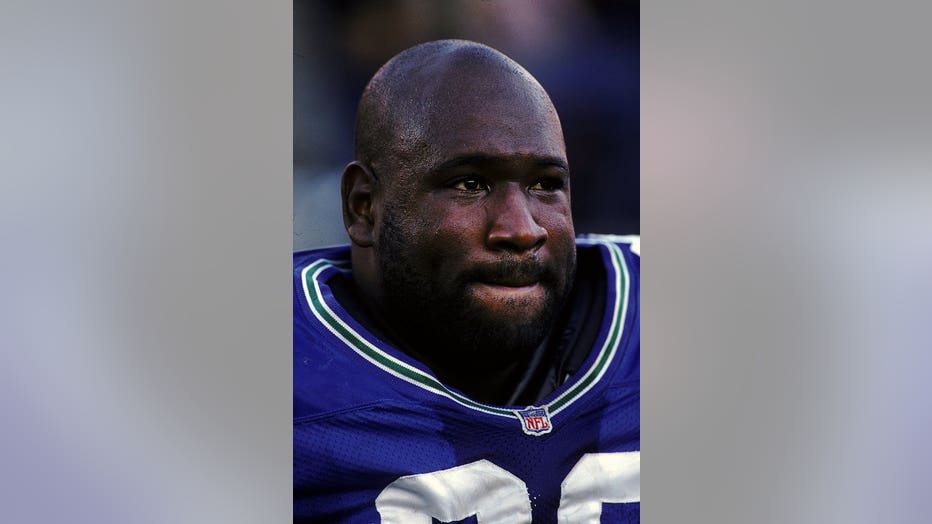 Cortez Kennedy of the Seattle Seahawks looks on from the bench during a game against the San Francisco 49ers at the Candlestick Park in San Francisco, California. Credit: Otto Greule Jr. /Allsport

NFL Hall of Famer and former Seattle Seahawks defensive tackle Cortez Kennedy died Tuesday morning at his home. He was 48.

"OPD can confirm the passing of Cortez Kennedy today. Nothing suspicious to report. OPD is conducting an investigation into his unattended passing," the Orlando Police Department said on Twitter.

The 8x Pro Bowler played eleven seasons for the Seahawks beginning in 1990.

Kennedy was inducted into the Pro Football Hall of Fame in 2012.

One of the best defensive lineman of his generation, Kennedy was a star in his 11 seasons in the NFL with the Seahawks. He became the second Seattle player inducted into the Pro Football Hall of Fame in 2012. He was an unmovable wall as a dominant defensive tackle, and a quiet, gentle soul away from the field never interested in finding himself in the spotlight.

Kennedy was an eight-time Pro Bowler and won the NFL Defensive Player of the Year award in 1992.

Even though he last played for the Seahawks in 2000, he remained a significant part of the organization. He was a mainstay around the team during training camp and would occasionally roll through the locker room during the regular season grabbing a few minutes with anyone — players, coaches, media — up for a chat.

"Really sad to lose a guy like Cortez Kennedy," Broncos' general manager John Elway tweeted Tuesday. Elway was chased around by Kennedy twice a year for much of the 1990s as competitors in the AFC West. "A great personality, a great player and I enjoyed competing against him."