SEATTLE -- The stakes are getting higher in the Washington’s legal pot game. 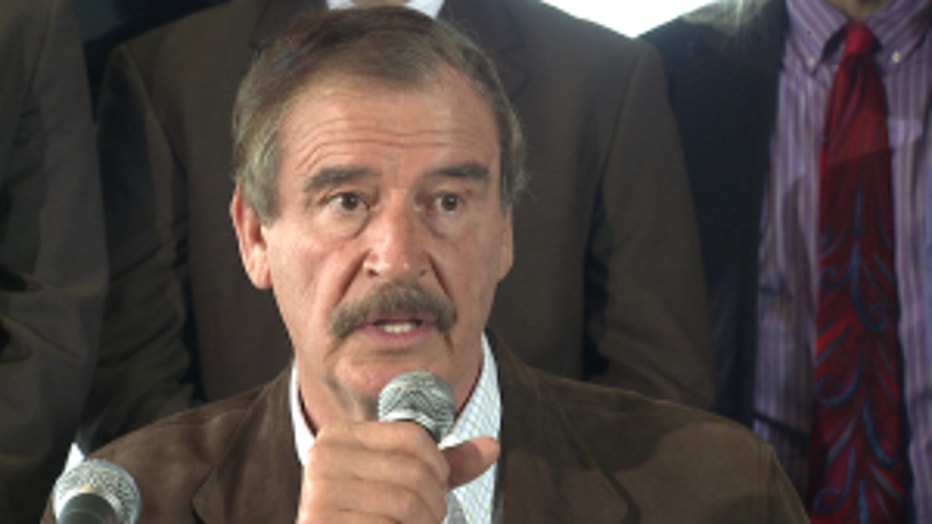 A local entrepreneur is unveiling plans to open a chain of marijuana stores in the state and eventually around the world.

It would be the first of its kind and he brought out a heavy hitter who came to town to help lead the charge: former Mexican President Vicente Fox.

“I'm going to go back home very excited,” said Fox. “This is the solution.”

Fox is in Washington because he thinks the group of marijuana entrepreneurs can help kill the black market in drugs that has caused death and destruction in his country.

“In Mexico, we welcome this initiative because the cost of the war on drugs is becoming unbearable.”

It is a bold initiative sparked by former Microsoft manager Jamen Shively.

Shively wants to be big, like Starbucks or McDonald's, creating the first retail brand of marijuana in the world. He'll start with medical marijuana, and is already acquiring dispensaries in Washington and California.

“For the first time in the history of the United States, you will see stores, medical cannabis dispensaries, in more than one state, with the same brand,” said Shively.

Shively said he hopes to open dozens of retail stores as well, when the state begins issuing licenses for them next year.

But the feds may still have something to say about that. The White House still opposes legalization of marijuana.

When Fox was asked what he would say to President Obama, he said it is time for the nation’s leader to adapt to the will of the people.

“All prohibition started because of religious reasons, and we know prohibitions don't work,” said Fox.  “Not even with the apple in the Garden of Eden, so this is going to change and politicians need to adapt.”