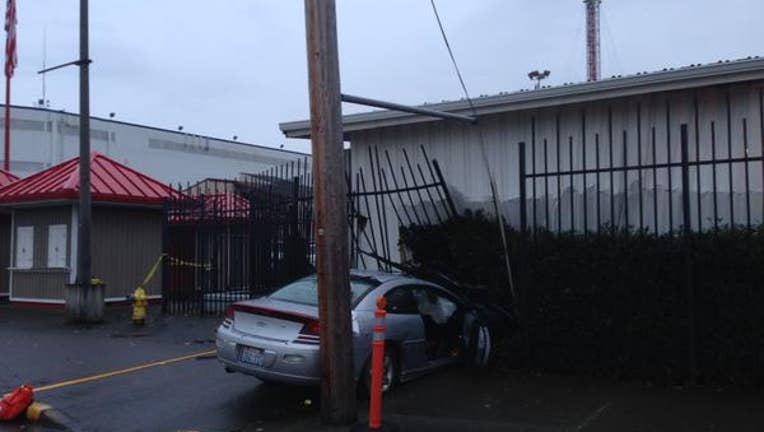 A car struck a bicyclist and then crashed into this fence and building in Puyallup, police said. (Photo: Puyallup Police Dept.)

Eric Renz was riding a bike on Nov. 24 near the intersection of 4th Street SW and 9th Avenue SW in Puyallup when he was hit and pinned by a driver, police said. He was taken to a Tacoma area hospital.

A 19-year-old driver is expected to face vehicular homicide charges in the crash, police said. She is believed to have been driving under the influence of alcohol.

Renz, a Democrat, ran for the  25th Legislative District, Position 2 in 2014. He lost the race to incumbent State Rep. Hans Zeiger.