Former Kansas City Det. Roger Golubski is accused of helping to run a violent sex trafficking operation that targeted girls as young as 13 in the 1990s. FOX4KC's Regan Porter reports.

Former detective Roger Golubski, who has been accused of preying on Black women and girls for decades while he was a Kansas City, Kansas, officer, was one of the men charged in a grand jury indictment unsealed Monday.

Golubski, Cecil Brooks, Lemark Roberson and Richard Robinson were charged with conspiracy against rights and two counts of involuntary servitude.

Golubski, 69, has been on home detention since being indicted in September on six federal charges in a separate case accusing him of assaulting a woman and girl. Chris Joseph, one of his attorneys, said Golubski remained on pretrial release Monday.

Robinson was arrested and the government is asking that he remain in custody prior to trial. Brooks is incarcerated at the Federal Medical Center in Fort Worth, Texas, where he is serving time for drug trafficking. It was not immediately clear if Roberson was in custody Monday.

The indictment alleges that between 1996 and 1998, Brooks, Roberson and Robinson and other unknown people beat, sexually assaulted and threatened young women to coerce them into providing sexual services to men at the Delavan Apartments in Kansas City, Kansas, which Brooks operated.

Golubuski, who was an officer at the time, is accused of taking bribes to provide protection from law enforcement and of raping one young woman. 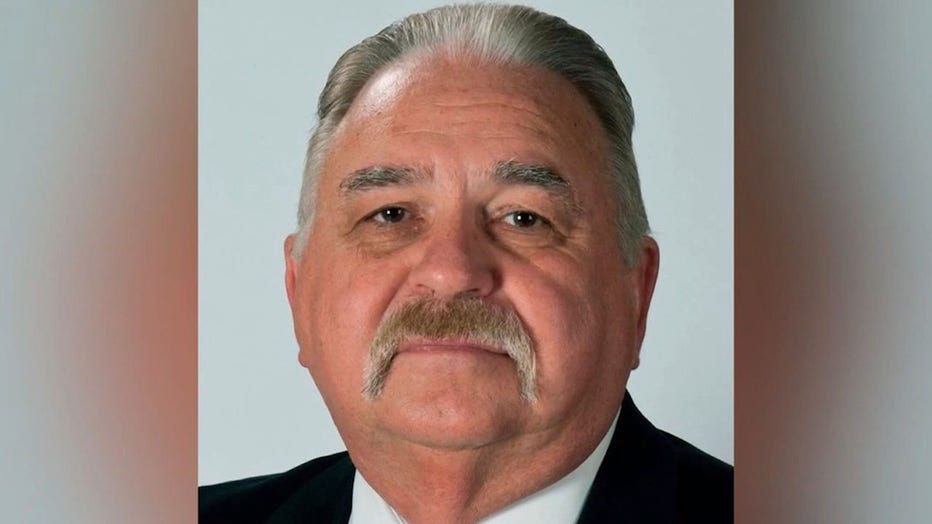 According to the indictment, the victims were young girls who were runaways, who had recently been released from Beloit Juvenile Correctional Facility, or who came from broken homes. Most ranged in age from 13 to 17. The defendants also provided drugs to young girls who they knew were addicted, prosecutors said.

Danielle Thomas, a spokeswoman for the U.S. attorney’s office Kansas, said in an email that the office does not discuss pending cases as a matter of policy.

Nancy Chartrand, a spokeswoman for the Kansas City, Kansas, Police Department, said the department is fully cooperating with all agencies involved in investigating Golubski.

Joseph said in an emailed statement: "Roger maintains his innocence and looks forward to clearing his name from these decades-old and uncorroborated allegations."

The indictment does not name attorneys for the other three defendants.

The indictment alleges that one of the apartments was used as an office and to store guns, drugs and cash used for criminal acts. The defendants also met with Golbuski in the "office," according to the indictment.

The girls were often locked in the office unit and would be forced to provide sex acts for the defendants.

Young girls also were held in other apartments at the complex, including one known as a "relaxed" area, where the girls used alcohol and drugs with Brooks, Roberson and Robinson. At another unit, known as the "working house," girls were forced to perform sex acts for other adult men, who paid Brooks, Roberson and Robinson, according to the indictment.

On multiple occasions, Golubski, who is white, visited the "working house" and was allowed to choose girls to provide him with sex, generally choosing Black girls ranging in age from 13 to 17, the indictment says. He is accused of raping a 16-year-old.

The indictment details the case of a young girl Roberson met after she was released from Beloit Juvenile Correctional Facility — a now-closed juvenile facility for girls — and whose mother had died of suicide. According to prosecutors, she was raped, threatened and beaten, and at one point dragged downstairs by her hair.

When she eventually escaped, she went to a hospital and was diagnosed with an 8-week ectopic pregnancy, a life-threatening condition in which a fertilized egg implants outside the uterus.

Another girl who left Beloit Juvenile Correctional Facility and had nowhere to live was taken to the apartments, where she was also beaten, threatened and forced to provide sex to men. That is the girl Golubski is accused of raping. 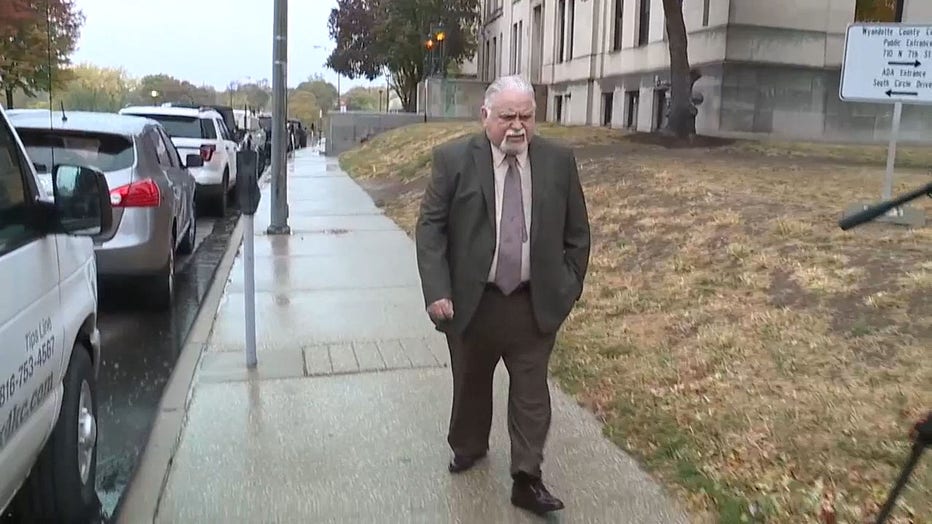 A 2015 affidavit from retired police officer Ruby Ellington described Brooks as a major drug dealer. Ellington said the department tried many times to arrest Brooks when she was working narcotics but were never successful, and it was apparent that officers inside the police department were warning Brooks ahead of raids.

If convicted of the new charges, each suspect faces a maximum sentence of life in prison.

The September indictment accuses Golubski of sexually assaulting and kidnapping a woman and teenager, although prosecutors said he also assaulted other women. He pleaded not guilty to those charges and a judge released him to home detention, saying Golbuski suffers from significant health issues.

Civil rights groups in the Kansas City, Kansas, area long sought an investigation into Golubski, who they accused of targeting Black females for sex, sometimes threatening to have their relatives jailed if they did not submit.

The allegations gained attention after Lamonte McIntyre, who spent 23 years in prison for a double murder he didn’t commit, sued Golubski and other Kansas City, Kansas, officers. McIntyre and his mother, Rose McIntyre, alleged that Golubski framed Lamont in 1994 because his mother refused the detective’s sexual demands.

The local government agreed in June to settle the lawsuit for $12.5 million.

"We are grateful for the continued vigorous efforts of federal law enforcement to hold accountable anyone responsible for such horrific crimes, which targeted the most vulnerable of victims. Justice demands nothing short of full truth so that the important process of repair and reconciliation can begin," according to a joint statement issued by the Midwest Innocence Project and a law firm that secured the $12.5 million settlement.