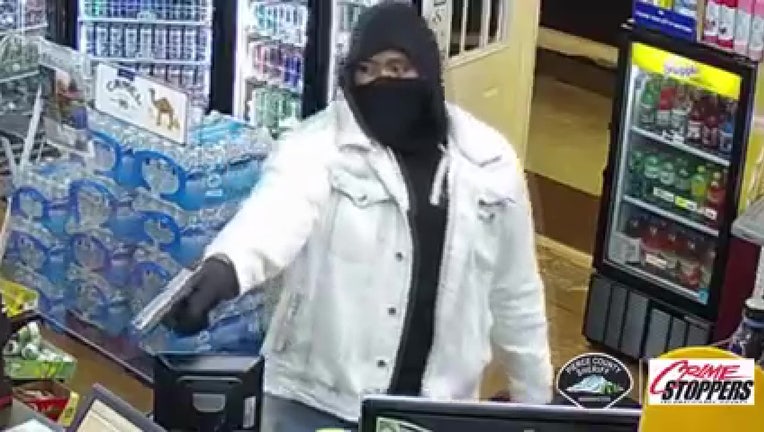 Pierce County Prosecutors say a former Division 1 football player charged earlier this year for two armed robberies has been arrested again while out on bail.

Emmanuel Roy Aydon aka ‘Elu Aydon’ is now facing charges stemming from three separate incidents. On Dec. 16, Lakewood Police responded to a call at a 7-11 about a person passed out in a vehicle in the parking lot.

"Police were given the defendant commands to stop throughout this time.

"Another patrol vehicle pinned the defendant's door. The defendant then fled out the passenger door. He began running and police chased. It took several officers to get the defendant to the ground. Once on the ground, the defendant continued to fight and resist against multiple officers. He was told to stop resisting. Police eventually had to use a taser to arrest the defendant. After Miranda, the defendant said that he found the car abandoned off 56th. He said that he took the vehicle even though it was not his and he had no right to take it.

"Police noted that he did not match the suspect in the original robbery report."

Prosecutors charged Aydon with Assault in the Second Degree and Unlawful Possession of a Firearm.  Prosecutors have also charged him with Unlawful Possession of a Firearm in the Second Degree and Theft in the Third Degree after Fife Police say he stole a nine-millimeter gun magazine from Sportco on November 9. He was stopped by Loss Prevention Officers who found a firearm on him along with the stolen magazine.

On October 16, Gig Harbor Police contacted Aydon at the Target store on 51st Ave after a report that he was involved with a stolen spray-painted Toyota Solara in the parking lot.  The Solara had been reported stolen in Tacoma on Oct. 11.  Aydon denied he had any connection to the vehicle.

Prosecutors say all of these new charges occurred while Aydon was out on bail awaiting trail from two counts of Robbery 1st Degree and Possession of a Stolen Vehicle.

According to the Pierce County Sheriff's Department, the serial armed robbery suspect they've been looking for since April is a former Oregon State University football player.

The Pierce County Sheriff's Department said they have been searching for 25-year-old Elu Aydon since April.

On April 15, Pierce County deputies were searching for Aydon after an armed robbery at the Handy Corner Store at 8009 112th Street East in Puyallup. Detectives said Aydon had a silver semi-automatic handgun, entered the store and demanded cash. After getting the money, the suspect got into a red sedan and fled with $200.

Six days before, deputies said there was an armed robbery at a convenience store on Golden Given Road in Tacoma. Investigators said Aydon was the suspect in this robbery.

Pierce County Detectives are asking for the public’s help in identifying a suspect who robbed the Handy Corner Store at gunpoint.

On Wednesday, Tacoma police said Aydon was in a stolen car at a motel on Hosmer Street when he was arrested. He has been charged with two counts of first-degree robbery and one count of possession of a stolen vehicle.

Aydon was a former defensive lineman at Oregon State University from 2015-2019.