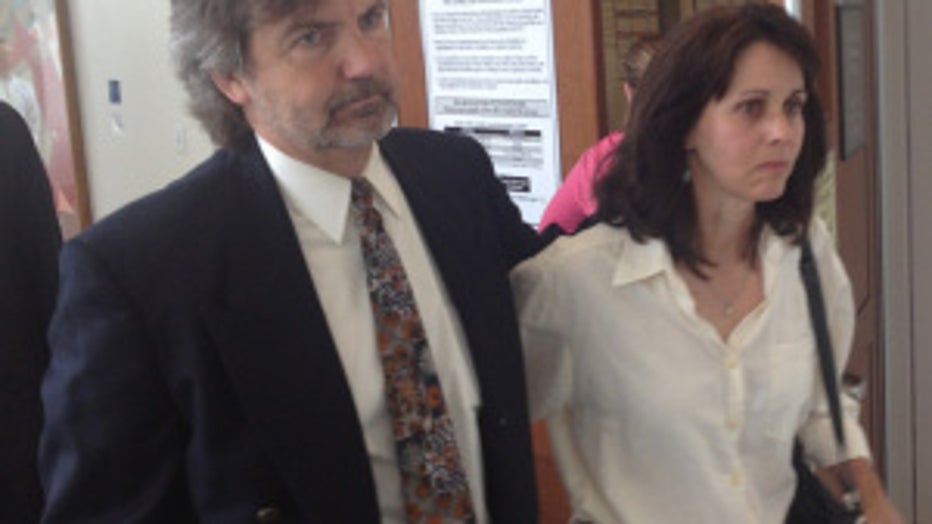 The assault happened Jan. 27, shortly after closing time at the Sports Page bar in Auburn.

The victim, 24-year-old Hannah Thompson, noticed an Auburn police car following her as she was driving home, but said he never turned on his flashing lights and never pulled her over until she reached her driveway.

Shortly thereafter, she said, Clemmons groped her under the guise of a pat-down while she was handcuffed.

"He put it (his hand) directly down my shirt and moved it around below the wire in my bra, then he put his hands knuckle-deep into my pants. He moved it right to left and then down to the front,” Thompson said.

In court Monday, Clemmons pleaded guilty to one count of fourth-degree assault, taking a plea deal that allows him to avoid jail time. He also loses his Washington state police officer certification and will likely never work as a police officer again.

In a strange twist, Clemmons, who has two purple hearts, blamed the incident on post-traumatic stress disorder.

"I saw a lot of violence, extreme violence and was put in situations that were extremely dangerous," Clemmons said.

Clemmons' fellow officers were in court to show their support, and on the other side sat the victim.

Thompson has said all along that she wanted Clemmons to lose his job so that he couldn't hurt anyone else.

Thompson chose to make a statement in court Monday about how the incident changed her life forever.

"I don't feel safe in Auburn at all, especially when these other officers are in court to support him and I don’t feel safe when I still live in Auburn,” Thompson said.

Clemmons was sentenced to one year in jail, deferred, which means he won’t actually serve time, plus two years probation and community service.