Don't let that fool you into thinking that's what's in store here in Western Washington, though. 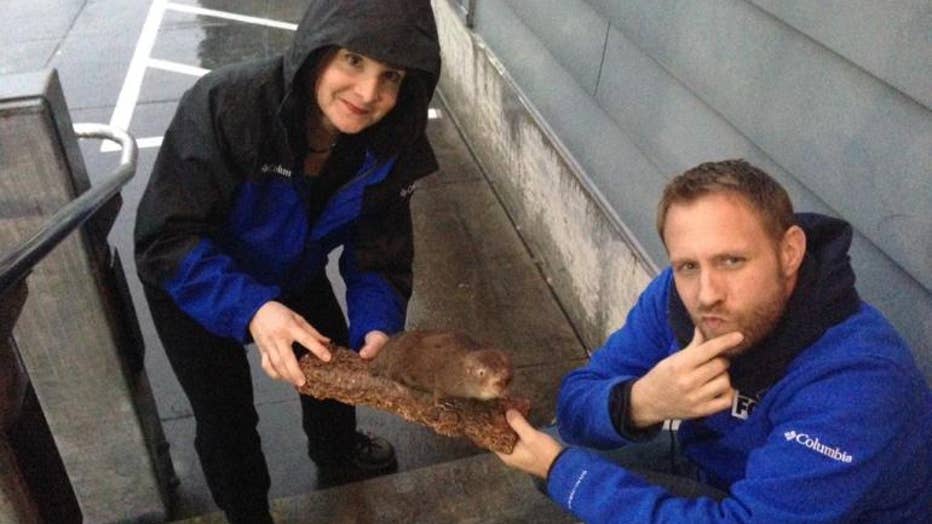 Verdict from Rufus: No shadow. According to legend-- an early spring is at hand.

MJ says we don't have groundhogs west of the Rocky Mountains-- so the mountain beaver is the closest ground-dwelling cousin in the rodent family for our region.

When the sun came up around 7:34-- it was nothing but clouds and some soaking rain here outside our studios here on Westlake Avenue North  in Seattle.

In Portland, they rely on the forecasting of the African pygmy groundhog that lives at the Oregon Zoo in Portland's West Hills. Shown here on the far right.

This year will be the first year for Whiskers J. guessing about the length of winter for our neighbors to the south. 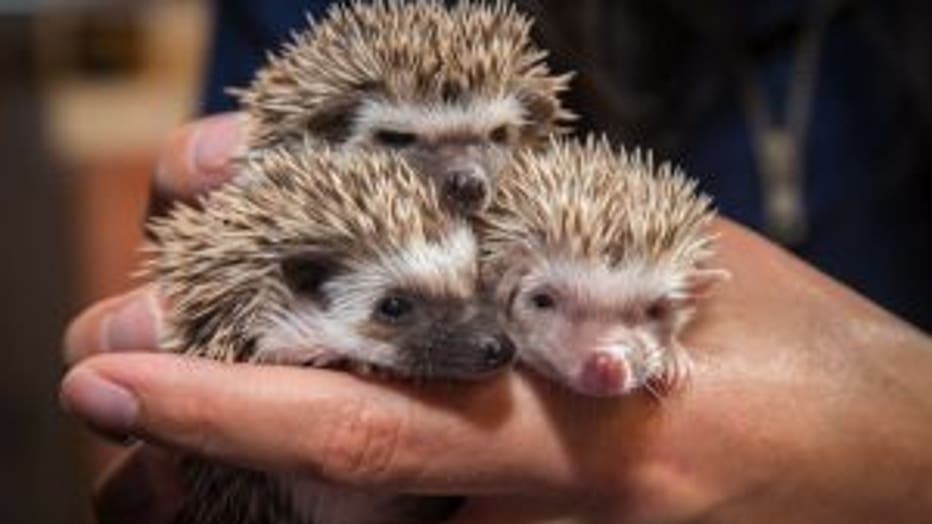 The legend of the groundhog being able to forecast how long or short a winter will last comes to America from German immigrants in the 1800s.

Back in Germany, they relied on the hedgehog. Not finding hedgehogs where they settled in Pennsylvania, they used a groundhog. And our east coast bias in such rodent prognostication here in the U.S. began.

In the winter, clear sunny mornings are often very cold. So, a shadow at sunrise would be typically accompanied by frost and chill in the air. Cloudier weather is usually warmer during the winter season. So, no shadow is supposed to foretell an early spring.

Though the groundhog or NW mountain beaver prediction, no matter where it comes from is not quite an exact science. The Punxsutawney forecast is supposedly only accurate about 35-40% of the time.

For the bigger question of why Grounghog Day happens in early February-- you have to go deeper in time.

For early civilizations the path of the sun and moon over the year told important stories about when to plant and harvest.

The short version of the Groundhog story is that Groundhog Day, as we know it, in modern times-- was once a pagan celebration called Imbolc (pronounced EM-bolk) by the Celtic tribes in the British Isles. It marks the halfway point between the Winter Solstice (shortest day of the year) and the Spring Equinox (equal amount of day/night for the whole planet) that happens next month toward the end of March. The 2 solstices and the fall & spring equinoxes are known to many Wiccans even today as "quarter days" dividing the year into seasons.

Days like Groundhog Day and Halloween (halfway between the Fall Equinox and Winter Solstice) are known as "cross-quarter days".

So, even though climate science looks to more data based forecast like the longer range patterns like El Nino/La Nina to make long range predictions going out weeks and months-- we still keep this fun and festive Groundhog tradition.

While it does kind of break up the doldrums of the post-holiday season winter blahs, I wouldn't make any plans based on it.

This year we are in an El Nino weather pattern-- which historically means a drier and warmer winter than normal for the Pacific Northwest. And in fact, now with satellites and knowing more about the weather patterns in the upper atmosphere-- often when it's mild in the west it's stormy, cold and snowy in the east thanks to the rollercoaster ridge/trough pattern the jetstream often takes on. And that's exactly what we've seen so far this winter. (As any avid NW skier or snowboarder will tell you if you don't believe me.)

This week though, does look pretty soggy.

Wettest weather for this week is coming at Western Washington for Thursday into Friday. Slightly above normal temperatures are expected through Valentine's Day.