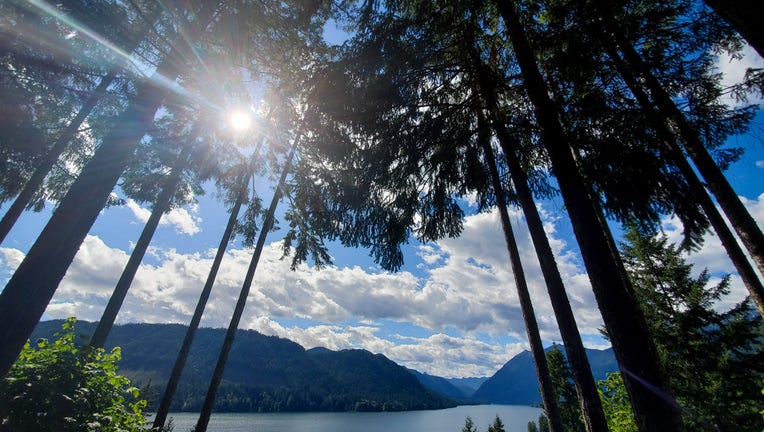 MASON COUNTY, Wash. - The Staircase entrance to Olympic National Park, along with several trails and day use sites around Lake Cushman, will close starting this weekend due to overcrowding.

According to a release from the U.S. Forest Service, Forest Roads 24 and 2451 will be closed to pedestrians and vehicles starting Aug. 22.

The area has seen a surge in visitors this summer, causing gridlock along narrow roads and unsafe conditions, park rangers said.

The overflow of vehicles prevented emergency response crews from responding to recent requests for help, the Forest Service said, and the overcrowding has also led to “resource damage” along the corridor.

“No one wants to be stuck in a 6-mile long traffic jam on a narrow, gravel road with no way to turn around,” said District Ranger Yewah Lau.

Lau said the area will remain closed to the public until the weather is cooler. Local access and emergency crews will still be allowed.

The problem of overcrowding isn’t unique to Olympic National Park, Lau said. Parks across the country are experiencing record numbers of visitors, leading to excessive trash and “scattered human waste.”

“This was a hard decision to make, but necessary for the health and safety of visitors and staff. I hope people can discover other less crowded areas to enjoy,” said Lau.

Olympic Peninsula visitors are still encouraged to visit other areas of the park and national forest, but be prepared for overcrowding.

Officials will be stopping people from entering the park once the parking lot is full due to overcrowding concerns.