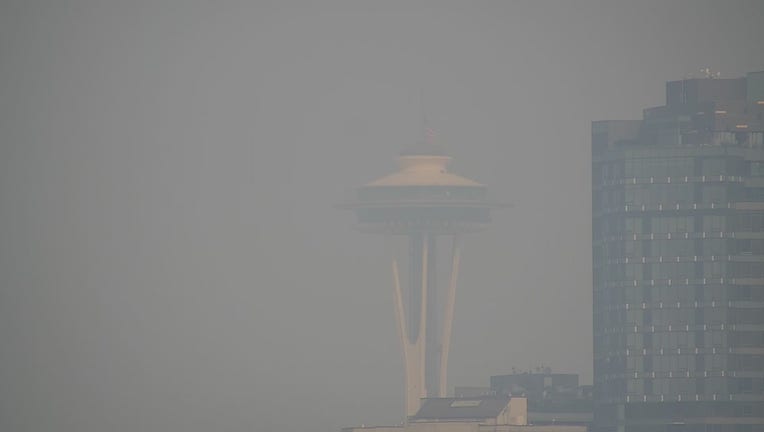 SEATTLE - The clear skies expected all week in western Washington could be clouded by a new wave of wildfire smoke looming off the coast of Northern California.

According to the National Weather Service in Seattle, the large blob of smoke could drift north over the next few days, but it's unclear how much smoke we'll see here in the Puget Sound region.

Everyone watching the smoke offshore is hoping it won't be as bad as the last round of wildfire smoke that blanketed much of the West Coast for more than a week in mid-September. That smoke, caused by major wildfires burning simultaneously in California and Oregon, brought very unhealthy and sometimes hazardous air to the region.

The smoke is coming from fast-spreading wildfires that sparked Sunday in the famed Napa-Sonoma wine country north of San Francisco. The new fires come on the third anniversary of deadly wildfires that erupted in 2017, including one that killed 22 people.

The latest inferno began with the Glass Fire at 3:50 a.m. Sunday and two subsequent fires merged with it, burning 17 square miles (44 square kilometers) as of early Monday, according to the California Department of Forestry and Fire Protection, or Cal Fire.

More than 53,000 people in Sonoma and Napa counties were under evacuation orders, said Daniel Berlant, assistant deputy director with Cal Fire. Many more have been warned that they may have to flee.

The end of September will feel more like summer than fall.