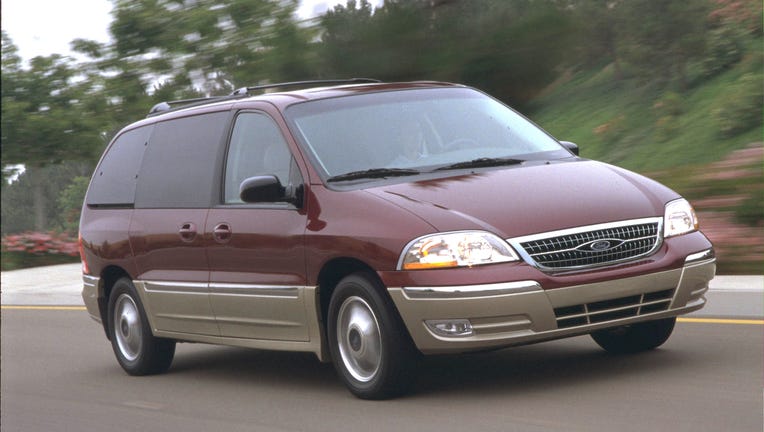 A 2000 Ford Windstar minivan is seen in this undated photo. (Photo by Ford/Getty Images)

DETROIT (AP) — Ford is recalling some older Windstar minivans to because a previous rear-axle recall repair might not work.

The recall covers about 342,000 vans from 1998 through 2003. The company says the Windstars were recalled previously due to axle cracks that could grow and lead to complete failure and a crash.

They're being recalled again because a reinforcement bracket from the first recall could have been installed incorrectly. The bracket was designed to mitigate problems if the axle failed. The company says it has reports of a small number of accidents but no injuries.

Dealers will inspect the vans, and if the brackets weren't installed right, replace the axles. If they were correctly installed, customers will be offered a discounted price for axle replacements.