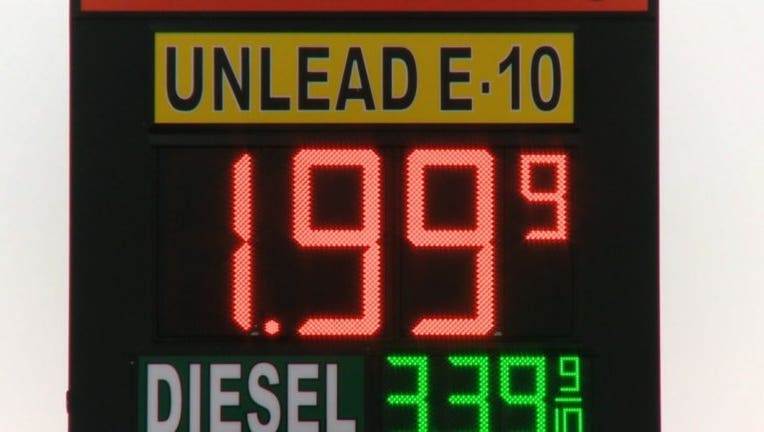 NEW YORK -- Remember how excited you were when the price of gasoline dropped below $3 a gallon? Now, for a few lucky drivers, its price has fallen below $2.

The lowest gas in the nation could be found at the OnCue gas station on 44th and Shields in Oklahoma City. Regular gas was selling for just under $2 there on Wednesday. According to Tom Kloza, chief oil analyst for the Oil Price Information Service and GasBuddy.com, other parts of the nation will soon see similarly cheap gas prices.

Rural Virginia, Missouri, South Carolina, Texas and maybe New Mexico could be joining Oklahoma in having some gas prices drop below the $2 mark, he said. A smattering of gas prices below $2 could be seen in those states by the weekend.

Kloza said Oklahoma, with a combination of low wholesale prices and low state gas taxes, is the epicenter of cheap gasoline right now. Several other stations in Oklahoma City are charging less than $2.10 a gallon already.

"Wholesale gas is as cheap as it can get right now compared to crude oil," said Kloza. "But I could see crude going down to $35 or $40 a barrel by next year if OPEC doesn't do something to get prices up. If that happens, $2 gas will be common in a lot of places."

Increased production in North America, slower consumption because of sluggish economies in Europe and Asia, more fuel efficient cars and a stronger dollar are all combining to send crude oil down its lowest point in more than six years.