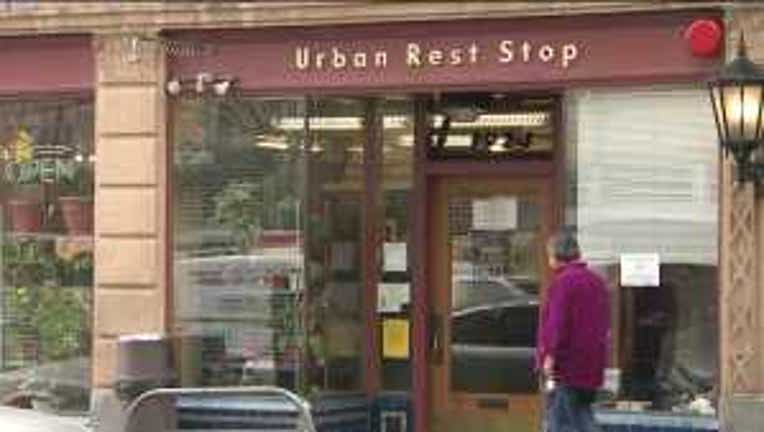 SEATTLE -- For most, personal hygiene is simply a matter of walking into their bathroom and washing up. But for the homeless, that's impossible. A proposed Urban Rest Stop in Ballard would provide that sort of help to those without a place to live.

A patch of land located at 2014 NW 57th Street in Ballard is the site of a proposed senior housing development. It will be six stories high and house 51 units. It will also house an “Urban Rest Stop” for the homeless on the ground floor, allowing people facilities to clean up and to access restrooms and laundry facilities.

According to the city, Ballard has the most pervasive homeless population outside of the downtown Seattle core. Over the past few years, the community has seen a rise in the number of homeless living in cars parked along the streets.

“If you want someone to be self-sufficient, to have a job, to maintain a job or to get into school and to be treated equally, you need to be clean and presentable,” said Ronni Gilboa, program manager for the downtown Urban Rest Stop.

Located at 9th and Virginia, the facility has been in place since 2000 and provides homeless or low-income people and families a place to clean up, shower, do laundry and access other resources.

Gilboa said in the 12 years it’s been there she rarely sees any problems because the patrons rely so much on the services they provide. She said those who use it know if cops are called out often, the service will likely be eliminated.

“There isn't a need for the police to be here. The majority of people here are here to take care of themselves in a safe clean, welcoming environment where they can access the services that they need,” she said.

Ken Cuff has seen some hard times recently. After losing his job of 11 years, he wound up on the streets.

“It's nice to be able to come here and clean up and take a shower, your own personal shower ... for 15 minutes and wash your clothes,” he said.

He said the facility in  downtown Seattle has helped him to keep his self-respect during his hard times. “People make a decision about somebody or an assessment within 10 seconds,” he said.

Gilboa said she also sees a lot of families with children, and most of the people who use the facility are employed but only at minimum wage. And though she understands neighbors’ concerns, she says rest stops improve the lives of those living in poverty and, in turn, improve the neighborhood.

The Low-Income Housing Institute has just opened a Rest Stop in the U-District in recent months. So far there have been no complaints from residents.

Meanwhile at the location in Ballard, the institute is forming a community advisory committee to help with the proposed Urban Rest Stop.

If you’d like to donate, or for more information, go to www.lihi.org