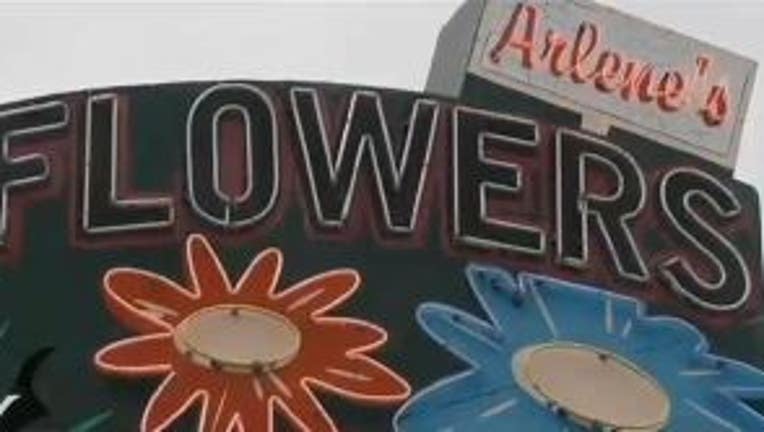 A Benton County florist shop owner is fighting back after refusing to provide flowers for a gay couple's wedding.

The owner of Arlene's Flowers in Richland filed a counter suit against state Attorney General Bob Ferguson who sued her last month for violating the state's anti-discrimination law, according to the Seattle Times.

They allege the AG's lawsuit is a violation of her freedoms under the state constitution.

Barronelle Stutzman said she wouldn't sell the arrangements to Curt Freed and Robert Ingersoll because of her "religious beliefs."

Last month, the ACLU also filed a suit seeing a court order that would bar Arlene's Flowers from discriminating against customers because of sexual orientation.