A woman was arrested in Brevard County for DUI after she was found driving a golf cart down I-95.

BREVARD COUNTY, Fla. - A Central Florida woman was arrested Saturday evening for allegedly driving a golf cart on Interstate 95 while under the influence, according to the Florida Highway Patrol.

Troopers were called out to I-95 North at mile marker 167 in Brevard County – about six miles away from SR-514 – after several drivers reported seeing a golf cart being driven on the interstate, an arrest report stated.

When FHP arrived in the area, they found a semi truck on the shoulder with the golf cart nearby. 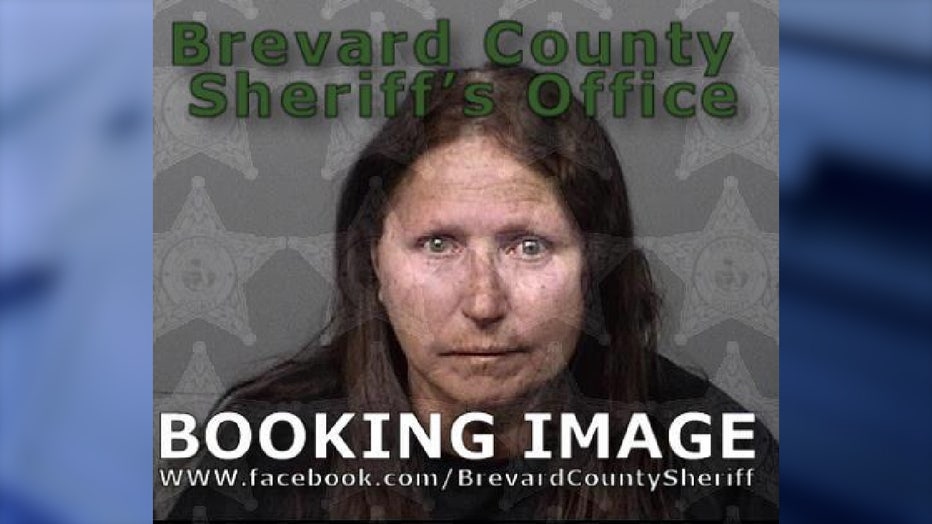 The semi truck driver told troopers she saw the driver of the golf cart, later identified as Diane Hawk, 58, of Barefoot Bay, passing out behind the wheel. She then guided Hawk off the road and took the keys to the golf cart from her, as Hawk was reportedly trying to drive on the interstate again.

As law enforcement spoke with Hawk about what happened, she said she was trying to get to SR-528 and told troopers it was legal to drive a golf cart on I-95 "because she saw it on the news," the report stated.

Hawk's speech was reportedly slurred and troopers smelled the odor of an alcoholic drink. Troopers later found an open alcohol bottle of Jack Daniel's Tennessee Fire in her bag, the report stated.

Due to her being argumentative and combative, troopers were unable to administer field sobriety exercises for safety reasons.

She was booked into the Brevard County Jail on charges of disorderly intoxication and resisting officers without violence.