A Florida woman has been arrested, accused of locking a non-verbal, autistic child inside a cage.

LAKE MARY, Fla. - A Florida woman has been arrested, accused of locking a non-verbal, autistic child inside a cage.

Melissa Doss, 43, was taken into custody on Sunday and charged with three counts of child neglect and one count of aggravated child abuse.

A day earlier, Palm Bay police officers responded to a residence on Filmore Ave. after receiving a call around 2:30 a.m. that a young girl had climbed over a privacy fence and entered a neighbor's screened-in patio. Officers said the child could not speak and appeared to have a "disability."

Officers went to the home where the child reportedly lives and spoke with Doss,  Doss told officers she was unaware that the child had left the house, according to a police report, and explained that the child has autism.

Officers said Doss refused to allow them to enter her home, which prompted them to refer the case to the Florida Department of Children and Families (DCF).

Officers made a second visit to the home on Saturday evening around 11:30 p.m. in reference to the same child reported as having run away from the home. According to an arrest affidavit, Doss told officers that she was at the "end of her rope," again refusing to allow officers inside the home. 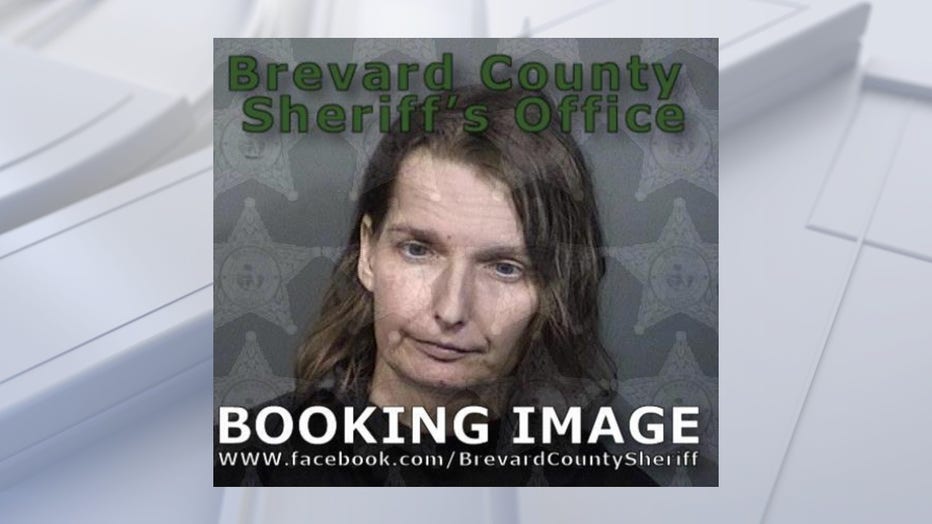 Melissa Doss, 43, was taken into custody on Sunday and charged with three counts of child neglect and one count of aggravated child abuse.

Officers contacted DCF a second time and were met by a child protective investigator with the agency. After initially refusing entry, Doss allowed access, according to officers.

"Upon entering her residence, through the back door, the immediate smell of feces and urine was strongly present. There was trash, bugs of all kinds, spiders, and flies, scattered throughout the house," read the arrest report. "No part of the floor was visible throughout the residence. Several large sections of the roof were cut out and collapsing throughout the home.  Mold was seen through the entire house. The residence did not have working bathrooms."

Officers said Doss explained that they used the restroom in a bucket and threw their waste in their backyard.

"The house was in such disarray, it is uninhabitable," the arrest report continued.

Inside the home, a police officer noted a cage made of metal and wood that was large enough to contain a twin-size mattress, and on the floor of the cage was a blanket and pillow.

The DCF investigator found cause to remove all children from the home due to "environmental hazards and child neglect."

Officers said that evidence of a caged bed led to the additional charge of aggravated child abuse.

Doss was transported to the Brevard County Jail.