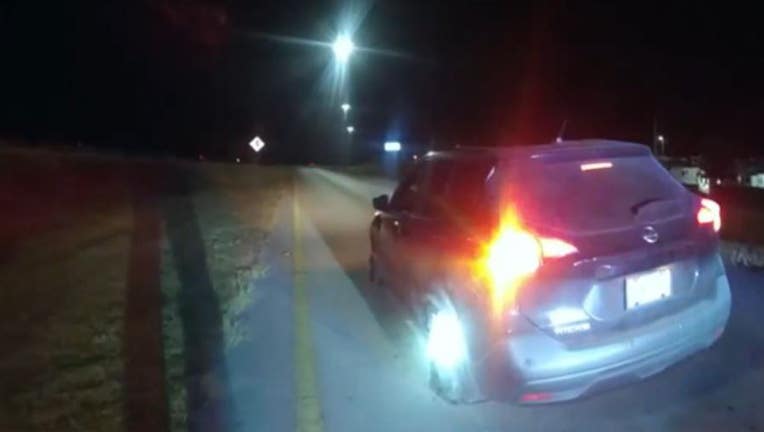 A Florida man driving a vehicle missing two tires was pulled over by law enforcement and alleged that paranormal activity was responsible. (Marion County Sheriff's Office)

MARION OAKS, Fla. - A Florida man driving a vehicle missing two tires was pulled over by law enforcement and alleged that paranormal activity was responsible.

Andres Orjuela-Montealegre, 29, was stopped on an Interstate 75 ramp near Marion Oaks on October 23 at about 4 a.m. after Marion County Sheriff’s deputies noticed the vehicle's hazard lights were on and that the tires on the driver's side appeared deflated.

A deputy then realized that the tires were not deflated but were missing and Orjuela-Montealegre was "driving on what remained of the rim," the sheriff's office wrote on Facebook. 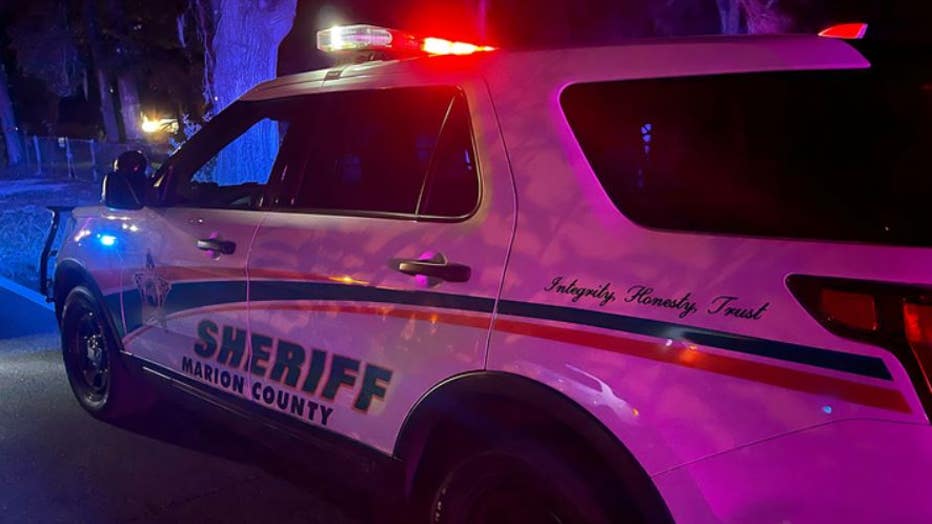 Andres Orjuela-Montealegre, 29, was stopped on an Interstate 75 ramp near Marion Oaks on October 23 at about 4 a.m. (Marion County Sheriff’s Office)

When asked about the damage to the vehicle, Orjuela-Montealegre told the deputy someone had put a curse on him and that he had hit a curb too hard. The driver said he was given a "do or die" choice in which he could either drive home without tires or set the car on fire and sleep on the median, body camera footage shows.

The driver was then instructed to step out of the vehicle but appeared unsteady on his feet. The deputy asked him to perform field sobriety tests.

He began cursing and using insults and claimed to the deputy that the damage to his car was from "paranormal activity."

"Somebody put a curse on me," the driver said. "That is paranormal activity."

"If you mess with me right now, let me tell you something, I'm going to break your head with a baseball bat," he told the deputy. "I'm going to ... skin you alive."

The driver continued to make threats and was ultimately arrested.

While two deputies conducted a search of the driver, he spat in the face of one of them and continued with his threats and cursing. As the deputy went to wipe the spit from his face, Orjuela-Montealegre began grabbing for their taser.

Orjuela-Montealegre had to be picked up and put in the back of the patrol car, where he kicked both deputies.

After he was taken to jail, Orjuela-Montealegre refused to submit to a breath test.

He is charged with two counts of Battery on a Law Enforcement Officer, Resisting an Officer with Violence, Attempt to Deprive an Officer of Means of Protection or Communication, Corrupt by Threat against Public Servant and Driving Under the Influence.

Orjuela-Montealegre faces up to 25 and a half years behind bars. He is being held on a $27,000 bond.

Find the latest updates on this story at FOXNews.com.