MIAMI (FOX News) -- A group of tourists on a boat ride through the Florida Everglades got a front row seat to an incredible sight: Their tour guide wrestling a 10-foot Burmese python.

WBBH-TV reports guide Tommy Owen was out on the boat with a family Tuesday when he spotted the massive, non-native snake in the water. He says his instincts took over, and he hopped in after it. 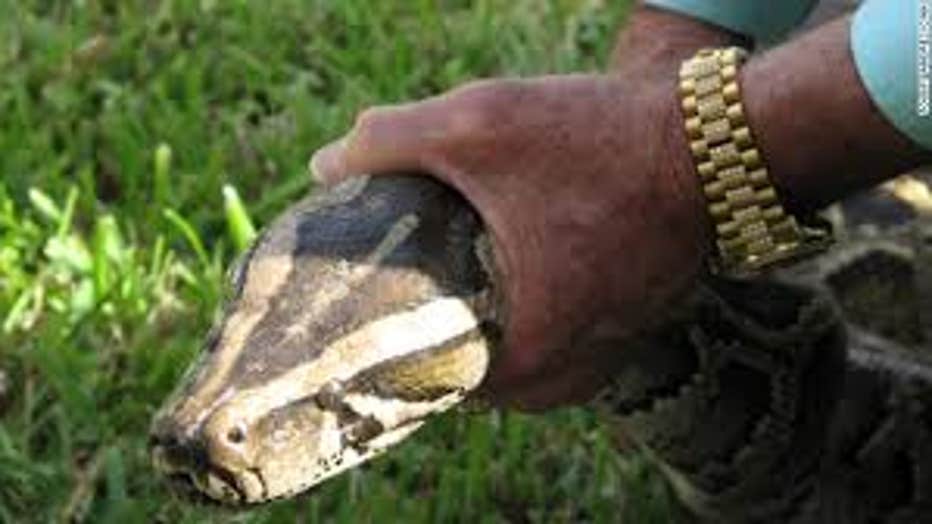 Owen says he was able to pin the snake down enough, using what he calls "snake jujitsu," that his partner was able to kill it.

"With a snake especially that big, you get one chance to grab it by the neck where it doesn't bite you. I had him, eventually exposed the neck to Warren. I want the head away -- that's the most dangerous part of the snake so I exposed the neck and he was able to eventually make that cut," Owen told WBBH-TV.

The family on the tour caught the whole incident on camera.