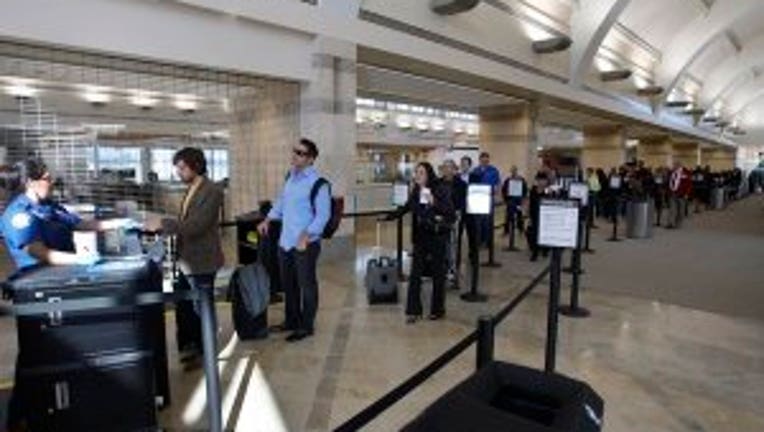 WASHINGTON -- The Obama administration on Friday issued a travel advisory: Due to a budget standoff in Washington, flights will be delayed.

That was the message Transportation Secretary Ray LaHood delivered at the daily White House briefing, as he outlined the impact across-the-board budget cuts will have on air travel.

LaHood described a nettlesome set of potential problems if, as scheduled, $600 million is eliminated from the Federal Aviation Administration’s budget this year as part of the so-called sequester cuts set to kick in March 1.  More than 100 air traffic control towers will be closed, an additional 60 towers may eliminate overnight shifts, staffing at airports across the country will be cut back, delaying flights up to 90 minutes at peak times, LaHood said.

“It's going to be very painful for the flying public,” the former Republican congressman said.

LaHood is the latest cabinet member to come forward to paint a grim picture of the federal government under the slashed budget. Obama stood with first responders earlier this week and warned that basic police and fire services could be curtailed if lawmakers can’t reach an agreement to delay the cuts.

The warnings have Republicans, who also once decried the potential impact of the spending cuts, accusing the White House of trying to gin up panic. Increasingly, Republicans have suggested the reduced spending would have minimal immediate impact and might force Washington to tighten its belt.

“And the idea that we're just doing this to create some kind of a horrific scare tactic is nonsense,” he said.

LaHood said all 47,000 FAA employees will be furloughed for at least one day per pay period and the department had begun talks with the unions and airlines about the changes. He said curtailed staffing would mean fewer air traffic controllers monitoring the skies and slower repair and maintenance. The full impact of the result would likely be felt by April 1.

“And once airlines see the potential impact of these furloughs, we expect that they will change their schedules and cancel flights,” LaHood said.

The spending cuts at issue were approved by the White House and Congress n 2011 and designed to be so loathsome they would force the two parties to compromise on a broader deficit and debt reduction deal. That deal, however, has been elusive and a week before the cuts hit, there’s little sign of a serious effort to reach even a short-term agreement.

LaHood said he has been talking with his former Republicans colleagues on the Hill, preparing them to hear from constituents unhappy with the travel delays and urging them to “come to the table.” In the last Congress, House Republicans passed two bills that would have replaced some of the spending cuts, although both those bills are dead.

LaHood acknowledged the White House hopes he may serve a political purpose.

"I would describe my presence here with one word -- Republican. They're hoping that maybe I can influence some of the people in my own party," he said.