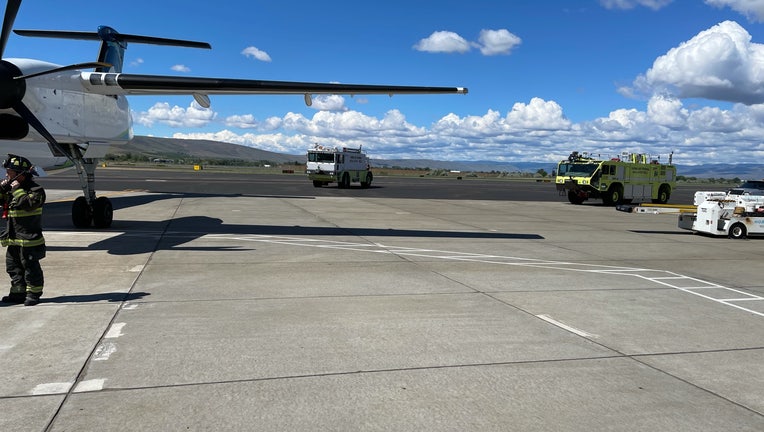 YAKIMA, Wash. - An Alaska Airlines flight made an emergency landing in Yakima after reports of possible sparks onboard Friday morning, officials said.

Alaska Airlines Flight 2256 heading from Pasco to Seattle made the unexpected landing after a flight attendant reported possible sparks in the galley, The Yakima Herald-Republic reported.

Alaska Airlines said in a news release there was no fire or smoke. There were no injuries and all passengers deplaned at the airport. It’s unclear how many passengers were onboard.

RELATED: American Airlines flight from Tokyo to Dallas diverted to Seattle after incident with unruly passenger

The turboprop-powered plane was a De Havilland (Bombardier) Dash 8.

According the Alaska’s flight tracker the flight took off from Pasco at 9:41 a.m. and landed in Yakima at 10:39 a.m.

The new flight to Seattle left Yakima at 1:50 p.m. and landed in Seattle at 2:30 p.m. — about 2.5 hours than its originally scheduled arrival time.

"Our maintenance team is taking a closer look at what happened," said airline officials.