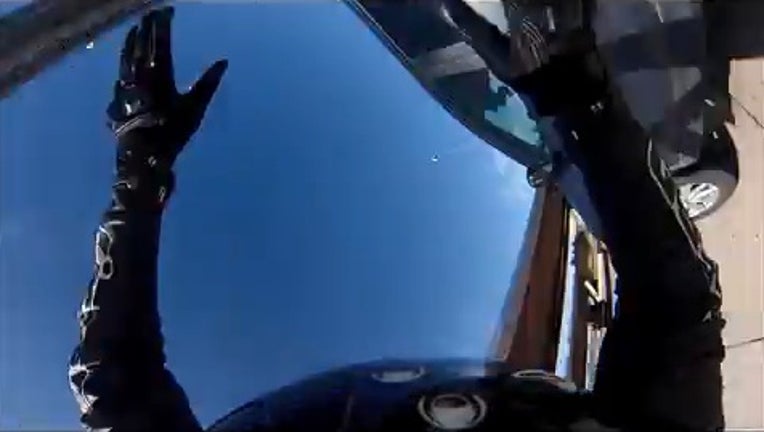 A video from the helmet-cam of a motorcyclist involved in a high speed crash on a freeway has people talking online.

The short video was posted on YouTube Monday and shows the cyclist turn to the left and turn back only to slam directly into a car stopped or slowed in the freeway ahead.

A person claiming to be the driver of the car involved in the crash posted a comment on a Reddit thread featuring the video.

“Happened one year ago while on vacation in Colorado.  Fun way to have your vacation ruined. As far as I know this guy did survive.”

A person claiming to be a friend of the motorcyclist posted the video and also said the cyclist indeed survived the crash.