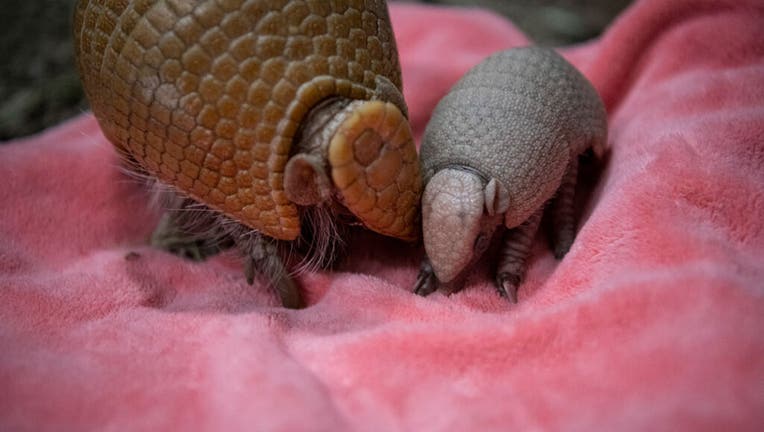 TACOMA, Wash. - A healthy armadillo pup was born at the Point Defiance Zoo & Aquarium-- the first in the zoo's 116-year history.

Southern three-banded armadillos Vespa and Scooter welcomed a female pup into the world in late October, making them both first-time parents

Zookeepers monitored Vespa's behavior around the clock leading up to the birth.

Two days after the birth, Vespa and the pup were monitored 24/7.

"Vespa was trained to allow us to give her voluntary ultrasounds throughout her pregnancy," said assistant curator Maureen O’Keefe. "She’d even let us feel her belly without curling up in a ball, allowing us to give her the care she needed."

The pup is beginning to open her eyes and will remain behind-the-scenes at the zoo while she nurses and bonds with her mother. Mother and pup will be viewable by zoo guests once the pup is old enough

Southern three-banded armadillos are native to the southern interior of South America. They are listed as Near Threatened by the International Union for Conservation of Nature. Primary threats include habitat destruction as native grasslands are converted to farms and hunting and capture for the pet trade. 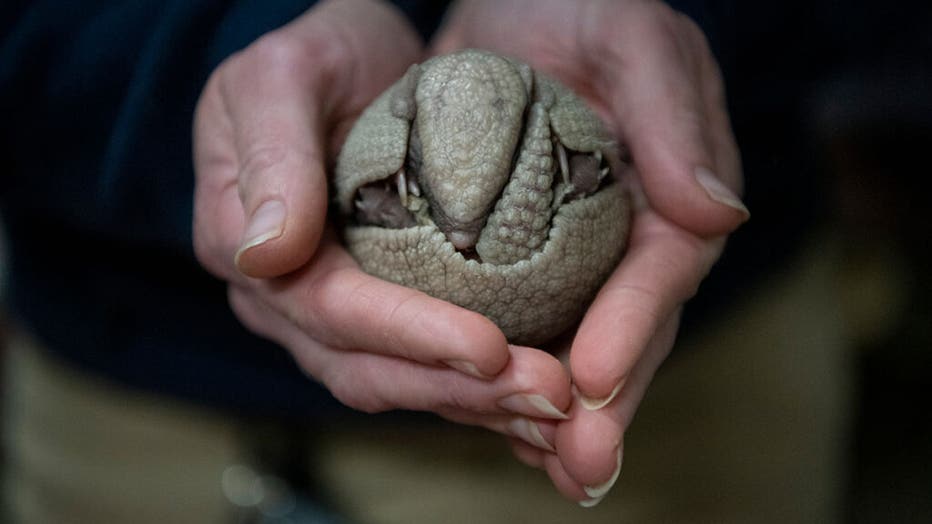