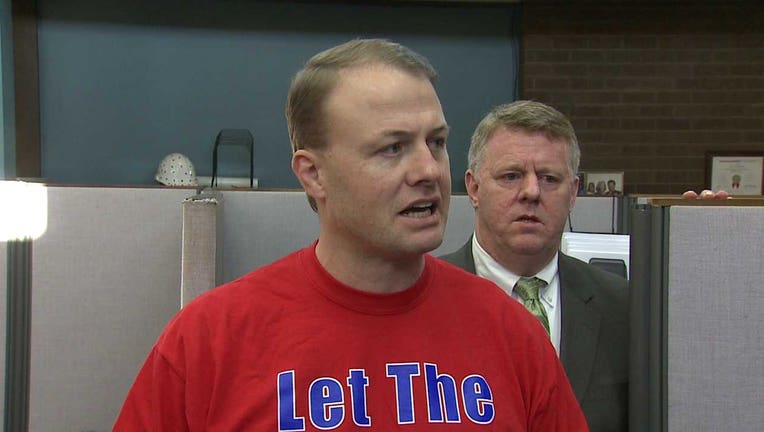 OLYMPIA, Wash. (AP) — A Thurston County Superior Court judge has ordered a for-profit signature-gathering firm and its principal to collectively pay more than $1 million for deceiving Washington state residents by funneling their campaign donations to activist Tim Eyman for Eyman's personal use.

Washington state Attorney General Bob Ferguson said the campaign finance lawsuit was filed in 2017 after Citizen Solutions and its principal, William Agazarm, unlawfully concealed a $308,185 payment to Eyman, an initiative activist who is known for introducing a $30 car-tab fee initiative.

The Seattle Times reports that in his order Monday, Judge James Dixon found that Agazarm "personally approved Citizen Solutions' kickback payment" to Eyman, knowing that Eyman "planned to and, in fact, did use the funds for his own personal expenses and to support the signature gathering effort for a different Eyman-supported initiative."

In ordering the sanctions, the court found the violations were egregious and warranted a substantial penalty, the statement from the Attorney General's Office said.

Eyman released the following statement in response to the judge's ruling:

"As a political activist, I’m focused on passing our $30 Tabs Initiative, raising funds to get paid back the $500k Karen and I loaned to get it qualified, and asking friends for help with my legal defense fund so we can survive the $900k+ the AG’s litigation has cost us so far."

A new chapter in the car tab debate

A new chapter in the car tab debate